Is Walmart the Reincarnation of the East India Company? 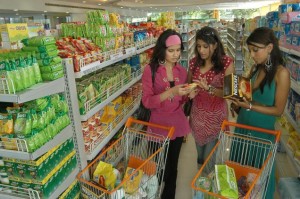 The recent furore against allowing Wal-Mart and other western multinational companies into India ’s lucrative retail sector is based upon fears that it will bankrupt the small retails who have been at the hub of that country’s consumer sector. There are fears that these small family run businesses will be unable to cope against the titanic behemoths which will use their financial muscle, supply chain and political influence to destroy all competition. Wal-Mart has been severely criticised for doing just that in its home ground of America .

Family run outfits, typified by the mom-and-pop stores, have been ravaged out of existence by the aggressive tactics and predatory pricing of Wal-Mart. A similar story is found in Britain where farmers have had their profit margins squeezed to the absolute minimum. Local shops have gone under, unable to compete against the superstores who have now opened their own Metro stores in the very same areas where the small village style shop was once trading. All over Britain and in many small American towns, the once vibrant retail sector has all but been diminished by the activities of the faceless corporate leviathans. Urban centres lie decaying save for fast food eateries, pubs, nightclubs, pawn brokers, and establishments specialising in catering to those addicted to gambling and sex. These are the only places, along with the supermarkets, actually making a very nice profit in the midst of a global economic recession.

Hence one can understand the opposition to Wal-Mart and other such companies setting up shop in India . But pricing is merely one aspect in the success of such places. Wal-Mart grew because of its emphasis on the customer. The same focus on customer service is evident in stores such as Asda, Tesco and Sainsbury in Britain . In India shopping remains a lowest common denominator process of handling cash in exchange for goods. Unless the person knows the vendor the customer cannot even be sure of getting a good price for what are often ubiquitous piles of rotting vegetables and vermin infested goods.

Customer service is only available to the wealthy as opposed to brusque and often dismissive manner in which the much vaunted street traders deal with India ’s mass consumer base. A protected economy breeds apathy, lack of innovation and above all an incredible level of arrogance. In a country like India where the social and political system favours the small ruling elite over the masses, the kleptocratic neo-colonialism saturates all thinking so that those with even the smallest amount of power leverage ensure that it is used. So it is not surprising that lack of customer service abounds along with bad quality goods, inflated prices and where the word ‘refund’ is not even in the traders’ vocabulary.

In such an environment it is simply impossible to enforce any semblance of trading standards where customers are at the mercy of merchants who feel that they are actually doing them a favour by even letting them buy their substandard produce and consumer goods. At the polar end of the social scale those with power and status, especially if they are part of the ruling kleptocracy, benefit from slavish sycophantism where all their petty needs are catered for. Yet this is also not customer service but a hangover from a feudal pre-modern past where servants put shoes on for their masters, made the tea, or chased away the peacocks. Is this the image of a rising nation which India wants the world to see

Customer service is a peculiarly western phenomenon. Taken to extremes Ayn Rand’s philosophy of Objectivism is harsh and unforgiving since it takes the view that as we are all inherently selfish then only be making selfishness acceptable will we build a better world. Yet there is an element of truth in this. Wal-Mart and other companies are selfish in that they want to make a profit so there is no difference at this level between them and the street trader. But while the latter views and treats the consumer base in an unforgiving predatory manner, the multinational realises that to compete there must be something extra. Customer service makes that simple handling of cash for goods an important shopping experience even more so than predatory pricing or strategic merchandising.

The multinational supermarket knows that the customer will return if treated in a respectful manner as well as finding all their consumer goods at an affordable price, of good quality and all under one roof without being constantly pestered by the merchant for simply trying to browse. Even when Indian stores try and emulate the western example, this inability to ensure the customer has the freedom to browse often takes the form of being followed around by a security guard who views every customer as a potential thief. They can even take them back if the goods are faulty or if they are dissatisfied.

One of the reasons why Amazon has done so well is not just on price but this high level of customer service. Without even having a store to browse Amazon offers its customers an array of consumer goods which can be delivered to the door, returned and even offers to rectify its mistakes to its own immediate economic detriment, not to that of the consumer. While book shops in particular have become very embittered by Amazon, it must be remembered that in the not too distant past cartelisation ensured book prices were fixed to the detriment of the British book lover.

In India the consumer is faced with an array of retail outlets which unless known to them personally offer nothing but cartelisation of bad quality products at amorphous prices. So perhaps the entry of Wal-Mart and others should be encouraged as it will encourage not just competition but a consumer culture which will raise standards of trading, quality, merchandise and actually deliver the customer service which is all too lacking in India’s retail sector.

Long-term this liberalisation of retail will in fact benefit India . Abroad, Indians not only do well in retail but have influenced it in ways which India itself has yet to recognise. Expelled from East Africa from 1968 by despotic regimes which viewed them as being of the wrong race, Indians arrived in Britain will little more than one suitcase. Yet it was the very family run corner shops which revolutionised the shopping culture, being a lifeline for essential goods during late hours and all day Sunday when even the supermarkets were shut and it was illegal to trade. Through dint, hard work and a barrage of fines these Asian shops did as much to change British consumer culture as curry houses did to the nation’s easting habits. For anyone who now takes Sunday trading as normal it is very difficult to hark back to those Dark Ages of no shopping, save for the Asian corner shop.

The arrival of Wal-Mart will ensure that India ’s own indigenous retail sector will be forced to make changes which will make them more competitive. Right now almost half of India ’s food goes to waste. Under British rule famine was accepted as the norm by the colonial rulers who did very little to increase food production while concentrating on cash crops such as cotton which would benefit the imperial power. After independence great strides were made to tackle hunger and malnourishment. The Green Revolution made Punjab the richest state and also ensured that India was self-sufficient in food. But this did not tackle the inefficient supply-chain system and ranks of middlemen who exploited the farmer much more than any multinational.

While ensuring a tidy profit for themselves, a host of merchants and petty government officials have helped to impoverish millions of Indian farmers to the brink of suicide, while passing on the inflated costs to the end consumer. Is this what the anti-globalists want to ensure India retains? Is this a system any Indian can be proud of? If anything the entry of Wal-Mart will allow India ’s own merchants and traders to see how a successful business is built without wastage of produce and goods, and without imposing needless extra costs. If India is to join the modern world then it needs to act like a country in the twenty-first century and not a failed state that is barely out of the eighteenth.

When one looks at how Indian companies are prospering abroad, such as by taking over the manufacture of British  motoring icons like  Jaguar cars or ironically even the original East Indian Company which is now owned by Sanjiv Mehta, an Indian born entrepreneur , shows it’s not just a simplistic case of India becoming just another hunting ground for Wal-Mart. In time too Wal-Mart’s home country can be revitalised by Indian companies. That is the rules by which free trade works and in their opposition to the entry of foreign retail, the BJP and others need to realise this.

Arab Spring Rolls Into Fundamentalism by Ranbir Singh     Independence to India did not change the political system in...