Pakistan announced Thursday that it plans to reopen supply routes to NATO forces in Afghanistan, but will impose tariffs. 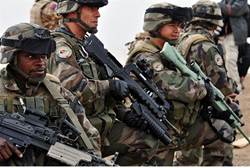 Islamabad closed its borders to NATO after a cross-border air raid killed 24 Pakistani soldiers on November 26. US officials described the incident as “regrettable” and having resulted from “the fog of war.”

The NATO attack plunged relations between troubled allies Pakistan and the US to their lowest point in years.

The tariffs are said to be designed to both express continued anger over the November attack and raise funds for Pakistan to fight homegrown Taliban terrorists plaguing both Islamabad and Kabul.

US President Barack Obama has called the dangerous border region where the attack took place “the world’s most dangerous place.”

No date was given for reopening the supply routes.

The move comes as exploratory peace talks between the home-grown Taliban – which is close to Al Qaida – and Islamabad have entered a impasse dashing hopes Pakistan could remove a serious domestic security problem from its agenda.

Analysts say officials in Islamabad likely used the November attack and subsequent row with the West as a means of furthering their dialogue with the Taliban. Now that those talks have stalled, they say, Pakistan is looking for a way to save face while reversing course.

The stalled Islamabad-Taliban talks come as the former Afghan government-turned-terror-organization prepares to open an office in Qatar in order to pursue peace talks with the United States.

US officials refused to comment on whether stalling talks with Islamabad was an American precondition for US-Taliban talks.

In Case You Missed It:  Trump-Backed Candidate Allowed To Stay On Ballot After Dems Try To Get Him Removed
Posted in Terrorism and tagged Afghanistan, Freedom, Islam, Jihad, Military, NATO, Obama, Pakistan, Taliban, Terrorism, United Socialist States of America.

GeaGea Tells Hizbullah ‘The Game is Over’

Lebanese Forces party leader Samir GeaGea on Friday said Hizbullah must understand "the game is over." “In my opinion, events...