Two and a half years after U.S. President Barack Obama delivered his “Cairo address,” Egypt’s parliament chose a top official of the once-outlawed Muslim Brotherhood as its Speaker. 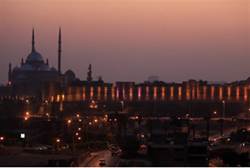 The new Speaker is Sa’ad el-Katatni, secretary-general of the Brotherhood’s Freedom and Justice Party, which swept into power with 47 percent of the seats in the parliament, receiving 235 seats out of a total 498. The hardline Salafi Al Nour party is expected to receive 121 seats in the legislative body, having garnered 25 percent of the vote.

Muslim Brotherhood leader Muhammad Badi’ announced over the weekend, however, that his movement does not plan to endorse any of the Islamist candidates for president.

Regardless, presidential reform candidate Mohamed ElBaradei has already dropped out of the race, saying he had seen the virtual Islamist writing on the wall.

U.S. officials, meanwhile, met in Cairo two weeks ago with Freedom and Justice party officials to discuss their views and learn what they could about where the country was headed.

In July 2009, when Obama spoke from the podium at Cairo University, Egyptian President Hosni Mubarak was still in power, and the Muslim Brotherhood was an outlawed organization.

“I know there has been controversy about the promotion of democracy in recent years,” Obama said, “and much of this controversy is connected to the war in Iraq. So let me be clear: no system of government can or should be imposed upon one nation by any other.

“That does not lessen my commitment, however, to governments that reflect the will of the people. Each nation gives life to this principle in its own way, grounded in the traditions of its own people… all people yearn for certain things: the ability to speak your mind and have a say in how you are governed; confidence in the rule of law and the equal administration of justice; government that is transparent and doesn’t steal from the people; the freedom to live as you choose. Those are not just American ideas, they are human rights, and that is why we will support them everywhere,” Obama said.

“This much is clear,” he warned, “governments that protect these rights are ultimately more stable, successful and secure. Suppressing ideas never succeeds in making them go away. America respects the right of all peaceful and law-abiding voices to be heard around the world, even if we disagree with them. And we will welcome all elected, peaceful governments – provided they govern with respect for all their people.

“Elections alone do not make true democracy,” he pointed out.

Little did anyone realize at the time what a Pandora’s box was being pried open with that speech. Nevertheless, it little more than half of Obama’s term in office in bring about a sea change in the Middle East – and to topple the regimes of no less than four Arab governments, with another close to falling as this article is being written.

When he added towards the end of his speech that “Islam has a proud tradition of tolerance,” he reminded his audience, “That is the spirit we need today…. Among some Muslims there is a disturbing tendency to measure one’s own faith by the rejection of another’s. The richness of religious diversity must be upheld,” he emphasized, “whether it is for Maronites in Lebanon or the Copts in Egypt.”

The question — two and a half years, an “Arab Spring,” an Egyptian Revolution and a fallen Mubarak administration later – is whether the once-outlawed Muslim Brotherhood which now rules Egypt be willing to follow Obama’s advice, and whether it will uphold the peace treaty signed in 1979 between Egypt and Israel.

”When Al- Qaeda attacked our country on 9-11, Ron Paul told us the CIA was behind it. He claimed Bush...