The Speaker of the Jordanian Parliament recently refused to accept a greeting for 2012 sent to him by Knesset Speaker MK Reuven Rivlin and sent it back, simply because it referred to Jerusalem as “the capital of Israel.” 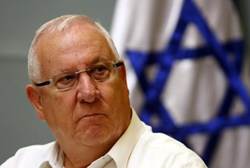 Channel 10 News reported on Sunday that the greeting, which Rivlin had sent to heads of parliaments around the world, began with the words “Greetings from Jerusalem the capital of Israel.” Rivlin then went on to describe the Jewish people’s yearning for peace, the challenges facing Israel and the fundamental importance of a democratic and Jewish Israel.

“From Jerusalem, the capital of Israel, I send you, all the members of Parliament and the people of your country, best wishes on the occasion of the New Year,” the greeting read. “We know that dreams alone will not bring peace. The challenges facing Israel in recent years are numerous and dangerous: From anti-Semitism to attempts to de-legitimize Israel, from terrorist attacks to the Iranian nuclear project…If we want to live, we must work together in cooperation, against those seeking our destruction. Israel is the state of the Jewish people…We will not compromise, not on the state’s democratic character and not on its Jewish character.”

Channel 10 reported that Taher al-Masri, the Jordanian Speaker, was not pleased with the greeting and after he received it, strongly criticized its contents and especially the assertion that Jerusalem is the capital of Israel.

According to the report, al-Masri claimed that Rivlin’s words were racist, misleading and have a political nature. He also he returned the greeting to Israel’s Ambassador to Jordan, Daniel Nevo.

Rivlin addressed the issue during his visit to London and said, according to the report, “The Zionist idea is not against Islam or the Arab countries. We live side by side, the relations with Jordan are important to Israel and through them we also sometimes agree to disagree. I’d be happy to straighten things out in an unmediated manner with the Speaker of the Jordanian parliament.”

Rivlin’s associates told Channel 10 that Rivlin had felt it was important to clarify to all the heads of the world’s parliaments that the political dispute with the Palestinian Authority also revolves around Jerusalem and not just about the ‘settlement blocs.’ They confirmed that the Israeli ambassador had been summoned to a meeting in the Jordanian Parliament during which the greeting was returned to him, but added that he was not reprimanded.

Israel and Jordan signed a peace treaty in 1994 and, most recently, Jordan has been hosting meetings between Israeli government negotiator Yitzchak Molcho and chief PA negotiator Saeb Erekat, who have met in Amman several times in an effort to breathe new life into the moribund final status talks.

Despite the peace between the two countries, some tensions arose recently, particularly when Jordan’s foreign minister warned Israel not to demolish the Mughrabim (Rambam) Bridge, which links the Western Wall plaza to the Temple Mount and which has been declared very dangerous and in danger of immediate collapse.

Jordan’s King Abdullah recently said that “Israel has an expiration date.” His comments were made the BBC last week, in an interview in which he said Israel’s survival was dependent on a two-state solution. Israel does not realize it needs such a solution, he added.