Iran continues to claim it is reaping the rewards of European sanctions even amid a deep currency crisis that rocks Tehran. 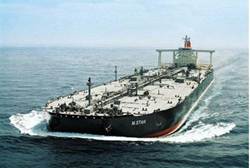 In fact, the oil ministry in Tehran claims the embargo would leave Iran unscathed while inflicting “heavy economic loss” on the “people of Europe, who have been affected by crisis”.

The result would be a “slowdown in global economic growth, particularly in the crisis-hit Western world,” said the statement.

However, the value of the rial, Iran’s national currency, has fallen by around 50 per cent against the dollar in the last month alone as Iran tries to circumvent sanctions by trading in Russian rubles and Chinese yen instead of US dollars and European Euros.

The rial lost 10 per cent of its value in the 24 hours after the European Union’s announcement of oil sanctions.

Heydar Moslehi, the intelligence minister, told Tehran’s official news agency that Iranians would prosper from the sanctions, hailing them as “opportunities” that have “already brought lots of benefits to the country”.

Iranian officials last week had reissued their threat to close the strategically vital Strait of Hormuz, through which much of the world’s oil flows, if the West brought more sanctions to bear against its oil and banking industries. The Bahrain-based US Fifth Fleet has said closing the strait would be “an act of war.”

Britain, America and France responded to Iran’s earlier threats to close the Strait of Hormuz, the vital waterway at the entrance to the Gulf, by sending a joint flotilla of six warships through this channel on Sunday.

Military analysts say that while Iran could briefly close the Strait of Hormuz such a move would likely be a strategic disaster for Tehran, which is asymmetrically outmatched by the US military.

Such a move, they say, could not only lead to an embarrassing and costly US victory over Iran’s naval and air forces, but also trigger a US strike on Iran’s nuclear facilities, which are the focus of Western sanctions.

While sanctions are biting deep, critics of Western leaders say they are unlikely to stop Iran’s bid for nuclear weapons as Iran continues to export oil to China, India, Japan, and Russia.

They note that North Korea, an impoverished international pariah languishing under crippling international sanctions, has succeeded in detonating two nuclear devices, to date.

Which Presidential Candidate Will Help You Sleep Best at Night?

Here is a nice infographic entitled "Which Presidential Candidate Will Help You Sleep Best at Night?" which provides a glimpse...