The Israeli Consulate in Boston was evacuated Monday and five others in the world were on alert after Anthrax white powder scares. 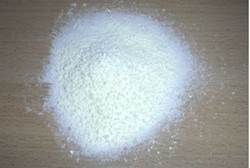 A powder-like substance in an envelope marked “Anthrax” was found in the Consulate offices in the Boston Park Plaza hotel mid-day Monday. The consulate was shut down for the day, and the Federal Bureau of Investigation (FBI) and the U.S. State Department are investigating.

The local CBS outlet quoted Fire Chief Steve Dunbar as saying, “The initial reports were that there was some white powder. They felt the envelope and the particles of grain, so they wisely decided to isolate it into their specialized containment vessel, and that was a smart move on their behalf.”

A similar scare was reported at a Rhode Island government office and at five other Israeli missions, including New York, Houston, Texas and London. The substances were found to be harmless.

The Anthrax scare appears to be a new epidemic that began last week with a scare in Florida, where the Palm Beach International Airport was partially evacuated, White powder was found on the carpet and later was determined to be harmless.