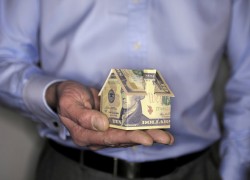 During his State of the Union speech, President Obama introduced a new plan to save responsible homeowner $3,000 a year on their mortgages by refinancing at historically low interest rates. Americans would be wise to be cautious, however, about the new efforts by the federal government.

The federal government’s previous intervention in the market has distorted the housing market’s natural forces and postponed the economic recovery. So far, government interventions and the bailout of Fannie Mae and Freddie Mac have cost taxpayers $300 billion. The new plan may cost taxpayers hundreds of millions, perhaps billions, depending on how many families will be covered and what mortgage interest rate will be used for refinancing.

Government efforts to subsidize mortgage interest rates through Fannie and Freddie have had very little impact on raising homeownership so far. The giant monopolies, in an effort to raise homeownership rates, subsidized interest rates and steered individuals into homes that they simply could not afford. In 2010, there were more than 3.8 million foreclosures, an increase of 23 percent from 2008. The foreclosure count for 2011 could be even worse.

No matter how the data are sliced, the federal government’s efforts to increase homeownership have failed and have contributed to fiscal imbalances, leading to a fragile recovery in the economy and the job market. History shows that Americans should be skeptical of new federal efforts to refinance mortgages.

Colorado Christian University is one of many religious colleges, universities, and hospitals impacted by the Administration's refusal to provide them...