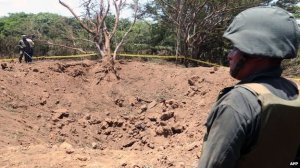 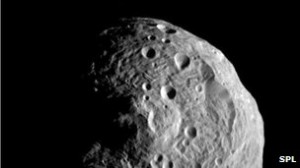 There is an urgent need for mankind to come up with a sophisticated and elaborate asteroid and comet tracking system, which would allow sufficient time for successful interception, destruction or deflection of these terrifying and colossal bodies which threaten the existence of the planet and all its inhabitants. The terrifying Meteor strike on Russia, resulting in 1,200 injuries and widespread damage, and Asteroid 2012 DA14 record breaking fly pass at just 17.200 miles above Earth , served a timely and sharp reminder to NASA and the European Space Centre, just how vulnerable and exposed we are to a direct hit from one of these gigantic celestial missiles.And the equally terrifying meteor strike in Nicaragua shows us we are running out of time fast.

It might be necessary to revisit President George W Bush’s original idea of a Star Wars System based on powerful focussed laser beams to deal with this pressing and existential threat to the future of man on Planet Earth. It has been suggested by some, that a Matrix system of grids operated by geostationary sensitory satellites encircling the globe at a height of 20,000 kms would provide a comprehensive and effective means of locating and tracking asteroids, especially the most dangerous types which come out of the dazzling Sun region, with at the best only two days warning, precious little time to do anything conclusive and satisfactory against these harbingers of doom.

Other astronomical experts believe it would also be wise and prudent to build a space colony and multi tracking system on the Moon, complete with their own orbiting geostationary satellites and space stations, equipped with radar controlled  state of the art laser devices to disintegrate incoming asteroids and comets which threaten Earth or indeed the Moon from devastation.This project would require the co-operation and combined resources  of all the Super Powers and Space Centers to become a reality. What isn’t in doubt, is that without this defensive cover for the Earth and Moon, we may well be living on borrowed time.

Newt Gingrich took the opportunity of being on Florida's space coast to revisit one of his favorite topics: space exploration....