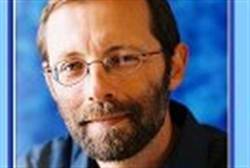 Most major networks and news wires in the U.S. have carried the news of this week’s Likud party primary, set for Tuesday, January 31.

As lukewarm a fan of Israel’s prime minister as the Obama White House might be, the prospect of an even stronger nationalist taking control of the governmental reins has caught the attention of most officials in the top echelons of Washington D.C.

Feiglin, 49, is not expected to win the contest, but pundits are predicting he could win up to a third of the mandates in this, his fourth attempt to seize the leadership of the Likud.

A resident of Judea and Samaria, Feiglin has for years headed the Manhigut HaYehudit (Jewish Leadership) faction, convinced that Netanyahu “sold out” to the leftist influences, which the prime minister denies. The challenger opposes further talks with the Palestinian Authority and believes that Israel should annex Judea and Samaria.

In addition, he has proposed that Israel retake Gaza, from which nearly 10,000 Jews were expelled by the government in 2005 in hopes of removing any further reason for conflict from PA Arabs in Gaza. Instead, PA terrorists in the region ramped up attacks from the area, Feiglin noted.

He also has proposed a financial incentive to persuade Arab families to emigrate from Judea, Samaria and Gaza in order to tip the demographic balance toward a Jewish presence.

“I provide an alternative,” he told reporters on Monday.

At this State of the Union address, President Obama proudly stated that “American oil production is the highest it’s been...