U.N. Secretary-General Ban Ki-moon traveled to Hollywood last year to cajole filmmakers and movie stars into making pictures that portray the U.N.’s good works. The Whistleblower, a scathing full-length account of the U.N. peacekeeping effort in Bosnia during the late 1990s, is not what he had in mind. 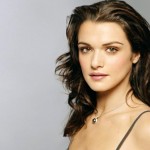 The Samuel Goldwyn Films movie, which came out in theaters last summer, stars British actress Rachel Weisz as a U.N. policewoman who stumbles into the sordid world of Balkan sex trafficking and finds her fellow U.N. peacekeepers implicated in the trade.

It constitutes perhaps the darkest cinematic portrayal of a U.N. operation ever on the big screen, finding particular fault with top U.N. brass, the U.S. State Department, and a major U.S. contractor that supplies American policemen for U.N. missions.

The subject matter is familiar territory for Turtle Bay. A decade ago, I wrote a series of stories on U.N. police misconduct in Bosnia for the Washington Post, including a detailed account of U.S. police abuses and this piece documenting U.N. efforts to quash an investigation by a former Philadelphia cop, David Lamb, into allegations that Romanian peacekeepers participated in sex trafficking.

I would later contact Kathryn Bolkovac, a Nebraska cop (played by Weisz) who serves as the film’s hero, and report on her lawsuit for wrongful dismissal against the subsidiary of an American contractor, DynCorp International, which hired her in Bosnia. (DynCorp countered that it had fired Bolkovac in part because she had falsified work documents, claiming hundreds of dollars in unwarranted per diem expenses.) Bolkovac’s fictional employer in the film, Democra Services, appears to be based on DynCorp.

The actual abuses in Bosnia were so shocking that the film’s director, Larysa Kondracki, told Turtle Bay that she had to tone it down to make it believable and to ensure that viewers didn’t “tune it out.” The movie, she said, in some ways resembles a “70s paranoid thriller” in which it can be hard to tell the difference between the heroes and the villains. Kondracki declined to name DynCorp as the model for the company portrayed in the movie, citing unspecified legal concerns.

A spokeswoman for DynCorp International, Ashley Burke, told Turtle Bay: “I haven’t seen the movie so I can’t comment on its content, but I can tell you that, when we contacted the film’s distributor to learn more about the movie, we were informed that the film ‘is a fictionalized dramatic presentation’ that while inspired by Ms. Bolkovac’s experiences, is not based on her book. There was no threatened legal action taken to ensure they did not use the company’s name in the film.”

The film opens with two Ukrainian 15-year-olds, Raya and Luba, partying in Kiev before heading off to the home of a devious in-law of one of the girls. He promises them high-paying jobs in a Swiss Hotel, but instead sells them off into sexual slavery in post-civil war Bosnia.

On the other side of the world, in Lincoln, Nebraska, Bolkovac has hit a dead end in her own police career when a friendly captain shows her a brochure from Democra Services. “They need good people to get the country up and running,” he says. “Kathy, I think you’d be great at this.”

Bolkovac jumps at the opportunity of a tax-free $100,000 salary, the prospect of adventure, and a rare chance to help a war-wracked, ethnically divided country return to the rule of law.

What she gradually discovers is a community of U.S. cops and other international peacekeepers corrupted by the moral compromises they make in Bosnia. What’s worse, she learns, is that the U.N. diplomatic and peacekeeping corps are the brothels’ primary customers, and in some cases they are actually trafficking Eastern European women into Bosnia.

Madeleine Rees (played by Vanessa Redgrave), a former U.N. human rights official who served in Bosnia, is the inspiration for one of the film’s few heroic characters. As the U.N.’s top human rights officer in Bosnia, she recruits Bolkovac and encourages her to launch an investigation into sex trafficking. She puts her in touch with an internal affairs investigator, played by David Strathairn, who helps her navigate the U.N.’s treacherous bureaucracy.

Her investigation ultimately brings her into contact with Luba and Raya, whom she convinces to cooperate but whose lives she is ultimately unable to protect from their brutal Balkan pimps. The characters are essentially composites of the women who were enslaved in Bosnian brothels at the time. But Kondracki said that everything bad that happens in the film to the two girls — one is tortured and the other murdered — actually happened to women in Bosnia.

Indeed many of the most disturbing practices depicted in the film — including the U.N. peacekeepers purchase of trafficked women — have emerged in internal U.N. investigations. Some of the most disturbing practices by DynCorp employees came to light in court when Ben D. Johnston, an aircraft mechanic who worked for DynCorp in Bosnia in the late 1990s, sued the company in Fort Worth, Texas, charging he was punished for uncovering wrongdoing by DynCorp employees, including involvement in sexual slavery and the purchase of illegal weapons.

In the film, Bolkovac encounters violent resistance from Balkan organized-crimes elements as she tries to free the Ukrainian women and break up the sex-trafficking ring. But she also finds her efforts undermined by U.N. bureaucrats. Monica Bellucci, the cultured and stylish official from the International Migration Organization, callously returns the girls to the local police, who are on the payroll of their pimps, because they can’t produce legal ID photos. The U.N. leadership, meanwhile, at the request of the U.S. State Department and Democra, has shut down her investigation and fires her.

The film’s real-life heroes, Bolkovac and Rees, have long since left the United Nations. But DynCorp has prospered, securing billions of dollars in security contracts for the State Department in Iraq and Afghanistan. It has continued to be dogged by allegations of drug abuse and other misconduct problems.

Billionaire financier George Soros thinks that, if Mitt Romney wins the presidency, there will be "little difference" between him and...