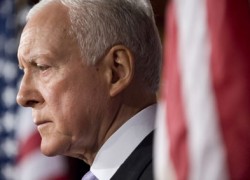 On December 31, a set of approximately 50 tax-reducing provisions commonly referred to as the “tax extenders” expired. These provisions, which apply to both individuals and businesses, include popular measures such as the Research and Experimentation credit for businesses and the optional deduction for state and local sales taxes for individuals. Congress will need to retroactively extend these tax laws at some point this year; otherwise, a steep tax increase on certain groups of taxpayers will remain in place.

Retroactively addressing the tax extenders is nothing new. Congress generally waits as long as it possibly can to extend them. But by routinely delaying on the extenders, Congress creates uncertainty for the businesses and individuals, who need to plan for the future and make important financial decisions.

When it does finally act, Congress usually spends its time arguing about how to pay for keeping these tax-reducing provisions in law before ultimately passing the tax extenders with little scrutiny of the individual provisions in the package. This is a waste of time and energy, because none of the tax extenders is a new tax cut—so extending them does not require a budgetary offset.

Not all individual provisions in the tax extenders are good policy, but that gets lost in the shuffle. As Heritage has argued before, Congress needs to spend its time sifting through the separate policies, determining which it wants to keep and discarding the others. It should then lower other taxes by the amount of revenue the discarded provisions would raise. That way the exercise isn’t a tax hike.

This would serve as a mini-tax reform and a stepping stone for much-needed fundamental reform of the entire tax code. It would also lessen the drag the tax code places on the economy by eliminating policies that artificially alter markets. It is long overdue for Congress to take this route with the tax extenders, rather than the business-as-usual approach.

The Senate Finance Committee held a hearing on the tax extenders recently, and Senator Orrin Hatch (R–UT) at long last addressed these major problems with the tax extenders. In his opening statement, he said:

Certainty in the Tax Code is a very important factor in allowing businesses to plan their affairs, make investments, and create jobs. And these job creators don’t want bad certainty — they don’t want to hear that their taxes are going up. Congress should provide this certainty by making permanent the provisions that are worthy of remaining in the law, and eliminating those that are not. Chairman Baucus and I agree, along with many of our colleagues, that the current tax code demands comprehensive reform. In the meantime, before tax reform is accomplished, Congress needs to decide what to do about the tax extender provisions that have expired.

Couldn’t have said it better myself. Congress should finally do as Senator Hatch suggests and carefully examine each tax provision in the tax extenders group. It will find that if it treats the extenders as a small version of more fundamental tax reform, it will have given itself a useful guide for that more difficult task.

We Need Wind Subsidies Like We Need VHS Subsidies

Remember VHS? Imagine this: VHS has been a staple of the American way of watching television and movies. VHS has...