The people of the United States ordained a Constitution of limited government.  As time passes, the people have more of the “government” and less of the “limited.”  Americans must work at maintaining their freedoms.  Defense of the constitutional freedom of association involved in choosing roommates to share housing illustrates the effort required.  Government has attempted to regulate our ability to choose a roommate, but efforts to resist that intrusion pay off in preserved liberty. 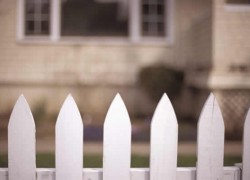 Tricia Rowe, a 31-year-old single woman who owned a three bedroom, single-family house, wanted a roommate.  She posted on a church bulletin board a notice that said, “I am looking for a female Christian roommate.  Rent is $375/mo, which includes utilities.”

On Thursday, July 15, 2010, an overcast day in Grand Rapids, Michigan, Elizabeth Vezino of an organization calling itself the Fair Housing Center of West Michigan filed a complaint stating under oath that she believed that Ms. Rowe’s roommate-wanted notice expressed “an illegal preference for a Christian roommate, thus excluding people of other faiths.”  The Michigan Department of Civil Rights and the U.S. Department of Housing and Urban Development (HUD) went into high gear.

Luckily for Ms. Rowe, the Alliance Defense Fund took up her cause and provided legal representation.  Ms. Rowe invoked her freedom of association under the First Amendment to the U.S. Constitution as a defense against the claim that her statement preferring “a female Christian roommate” illegally discriminated.  Ultimately, HUD ruled sensibly that “in light of the facts provided and after assessing the unique context of the advertisement and the roommate relationship involved in this particular situation potentially involving the sharing of personal religious beliefs, the Department defers to Constitutional considerations in reaching its conclusion” that “there is No Reasonable Cause to believe that the Act was violated in this matter.”

In a separate case, Roommates.com provided a well-known roommate locator service over the Internet.  The service asked customers to create a profile identifying among other things their gender, sexual orientation, and whether children would live with them, and provided a space for “Additional Comments.”  Individuals could search the Roommates.com database for potentially compatible roommates.

Today, the U.S. Court of Appeals for the Ninth Circuit rejected the Housing Council claims that Roommates.com had discriminated in violation of the Act in helping people find roommates to share housing.  The Court characterized the issue as follows:

There’s no place like home.  In the privacy of your own home, you can take off your coat, kick off your shoes, let your guard down and be completely yourself.  While we usually share our homes only with friends and family, sometimes we need to take in a stranger to help pay the rent.  When that happens, can the government limit whom we choose?  Specifically, do the anti-discrimination provisions of the Fair Housing Act (“FHA”) extend to the selection of roommates?

The Court indicated that a roommate’s unfettered access to one’s home implicated considerations of safety, privacy, property protection, and the constitutional freedom of association.  Noting that it sought to avoid constitutional difficulties that would arise from government regulation of roommate selection, the Court construed the key term “dwelling” in the FHA to mean an independent housing unit and a not shared living unit.

The Court held that “[b]ecause we find that the FHA doesn’t apply to the sharing of living units, it follows that it’s not unlawful to discriminate in selecting a roommate” and therefore “Roommate’s facilitation of discriminatory roommate searches does not violate the FHA.”

Maintaining limited government and individual freedom requires Americans to stand up for their rights, fight to preserve them within our legal system, and to elect individuals committed to support and defend the Constitution.  The country needs more people like Tricia Rowe and more businesses like Roommates.com who exercise and defend their constitutional freedoms.  Their work to retain their freedom helps retain freedom for us all.

The U.S. Department of Transportation imposed new regulations on airlines Jan. 24 that were supposed to benefit consumers. The rules...