North America is on high alert, according to an internal security document obtained by ABC News that predicted the threat from Iran against Jewish targets including those in the USA. 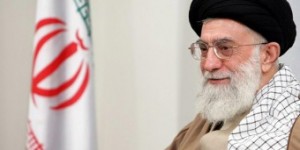 The head of Shin Bet, Israel’s internal security service, told an audience at a closed forum in Tel Aviv recently that Iran is trying to hit Israeli targets because of what it believes are Israeli attacks on it nuclear scientists.

Local and regional law enforcement and intelligence officials in U.S. and Canadian cities, including New York, Los Angeles, Philadelphia, and Toronto have been monitoring the situation closely for several weeks, and have stepped up patrols at Israeli government locations and Jewish cultural and religious institutions. They have issued awareness bulletins reminding officers to stay vigilant.

“The thwarted assassination plot of a Saudi official in Washington, D.C., a couple of months ago was an important data point,” added the official, “in that it showed at least parts of the Iranian establishment were aware of the intended event and were not concerned about inevitable collateral damage to U.S. citizens had they carried out an assassination plot on American soil.”

The missile under construction at an Iranian research-and-development facility, which was damaged by a mysterious explosion in November, was a long-range missile prototype with a range of 6,000 miles – enough to hit the United States, a senior Israeli official said Thursday in a speech to a defense and security forum.

The claim would put Iran’s missile development program into a new league. Until now, most arms analysts have estimated that the range of Iranian missiles is limited to about 1,500 miles – enough, to be sure, to reach Israel and parts of Europe, with this new information it appears USA could also be attacked.

The West does not yet realize how much of a threat is posed by Iran, which he called “a nightmare for the free world.” In reality, he said, Israel in the Iranian regime’s eyes is only the “little Satan,” while America, as leader of the West, is “the larger Satan.”

Khamenei, speaking to hundreds of youths from more than 70 countries attending a world conference on the Arab Spring just days ago, told a cheering crowd in Tehran that “Allah’s promises will be delivered and Islam will be victorious.

In his remarks, Khamenei advised the youths to remain vigilant, stating that the Islamic awakening in the region has delivered several blows to the enemies of Islam.

The Iranian Revolutionary Guards not only can hit all U.S. bases in the Middle East with their ballistic missiles but also reach most capital cities in Western Europe. The Guards, with the help of China and North Korea, are working on intercontinental ballistic missiles. But more dangerous to America, as reported last July, is the Guards action in arming their vessels with these long-range ballistic missiles and their expansion of their mission into the Atlantic Ocean, as far as into the Gulf of Mexico.

Chart of the Week: Obama’s Abuse of FEMA Declarations

President Obama has used his executive power in many ways to expand the role of government. But there’s one area...