The Obama Administration’s mandate under the Obamacare statute that many religious employers provide health care coverage for contraception, abortifacients, and human sterilization tramples upon their constitutionally guaranteed free exercise of religion.  Secretary Kathleen Sebelius of the U.S. Department of Health and Human Services (HHS) recently announced the Administration policy.  Many faiths have united in opposition to the Obama Administration attack on religious liberty. 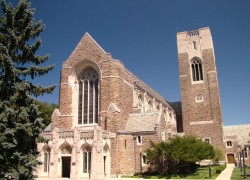 On January 20, 2012, the U.S. Conference of Catholic Bishops said that “To force American citizens to choose between violating their consciences and forgoing their healthcare is literally unconscionable.”  Also on that day, the National Association of Evangelicals commented that “The HHS rules trample on our most cherished freedoms and set a dangerous precedent.”

On January 26, the Union of Orthodox Jewish Congregations of America stated, “In declining to expand the religious exemption within the healthcare reform law, the Obama Administration has disappointingly failed to respect the needs of religious organizations such as hospitals, social welfare organizations and more.”  On the same day, Agudath Israel of America stated:

The Obama Administration had an opportunity to declare that there is a fundamental American value at stake here — religious freedom — and provide strong and unequivocal protections to religious employers.  Instead, it took a step backwards by imposing religiously-objectionable mandates on countless religious entities, and by devising a cramped limitation on what “religious groups” are and what their public mission in society should be.

On February 3, the Lutheran Church Missouri Synod said, “This action by HHS will have the effect of forcing many religious organizations to choose between following the letter of the law and operating within the framework of their religious tenets.”  The Assembly of Canonical Orthodox Bishops of North and Central America noted that the First Amendment to the U.S. Constitution guarantees the free exercise of religion and that “This freedom is transgressed when a religious institution is required to pay for ‘contraceptive services’ including abortion-inducing drugs and sterilization services that directly violate their religious convictions.”

The Obamacare statute has concentrated in the hands of the federal government broad power over the one-sixth of the American economy that is health care.  Obamacare purports to invest in the federal government the power to force religious institutions, such as religious hospitals, charities, and schools, to provide health care insurance for contraception, abortion-inducing drugs, and human sterilization, contrary to the faiths of those religious institutions.

As Ronald Reagan said, “Concentrated power has always been the enemy of liberty.”  The concentration of nearly all power over health care in the hands of the federal government has proved to be a drastic and dangerous experiment.  Congress should repeal the Obamacare statute, allow the country to have market-based, patient-centered health care, and restore our religious liberty.

Two different visions for America. President Reagan launched his effort to return America to greatness with simple but profound words...