Abu Musab al-Suri had been held in Syria for six years after being captured by the CIA in 2005 and transported to the country of his birth under its controversial extraordinary rendition programme. 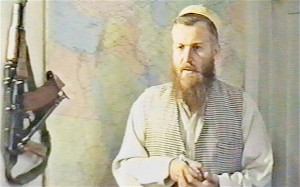 But he is now said to have been released as a warning to the US and Britain about the consequences of turning their backs on President al-Assad’s regime as it tries to contain the uprising in the country.

Al-Suri, also known as Mustafa Setmariam Nasar, was al-Qaeda’s operations chief in Europe and has been accused of planning the London bombings, in which four British-born terrorists detonated three bombs on the Underground and another on a bus, killing 52 people and injuring more than 700 others in 2005.

In a statement released after the attacks, al-Suri said: “[In my teachings] I have mentioned vital and legitimate targets to be hit in the enemy’s countries … Among those targets that I speci?cally mentioned as examples was the London Underground. [Targeting this] was and still is the aim.”

A mechanical engineer, he is also wanted in Spain in connection with the Madrid train bombings in 2004, which left 191 dead, and for links to an attack on the Paris Metro in 1995.

A judge has also ordered his arrest with other members of a Spanish terror cell that helped prepare the way for the September 11 attacks in 2001 on New York and Washington.

With his red hair, green eyes, pale features and trimmed beard, Syrian-born al-Suri was able to easily pass as a European and plot some of al-Qaeda’s worse atrocities.

Married to a Spanish woman, he spent three years in London in the 1990s, before moving to Afghanistan to run two of Osama Bin Laden’s terrorist training camps where he began experimenting with chemical weapons and set up sleeper cells in Europe.

While in this role, he conceived the plan to attack the London transport system and may have met some of the British-born suicide bombers led by Mohammad Sidique Khan when they are believed to have visited terrorist train camps in Pakistan.

Al-Suri, who had a £3 million US State Department bounty on his head, was reportedly captured in Pakistan in November 2005 and handed to the CIA.

His hideout was thought to have been identified after US intelligence intercepted a call from his wife.

In a move that has never been officially confirmed, the Americans then reportedly turned him over to Syria where he had been held for the past six years in the Aleppo prison, on its border with Turkey.

It said: “The timing of his release raises a lot of questions and observers believe the release may indicate the regime is stopping security co-operation with the Americans and thus releasing all those Washington considers a threat to its interests.”

The release comes as President al-Assad is facing huge international pressure after he responded to peaceful anti-government protests which began in March last year with overwhelming military force leaving thousands of civilians dead and wounded.

With the uprising continuing and heavy fighting on the streets of the capital Damascus, European and Arab countries last week drafted a UN resolution calling for the president to stand down, only for it to be blocked by the Russians who said they would veto the strong wording.

But if al-Suri is now a free man, it will be a blow to the attempts to dismantle al-Qaeda’s leadership and undermine its ability to launch terrorist attacks following the death of Osama Bin Laden last May and the death of Anwar al-Awlaki in a US drone attack in Yemen last September.

Before al-Suri’s capture, he was seen as a possible successor to Bin Laden, though the pair had been bitter rivals.

His wife Helena, who converted to Islam and lives in Qatar with al-Suri’s four children, said: “I have not heard anything official or unofficial since my husband disappeared in 2004.”

She added: “I hope that one day we will be together again.”

Americans are held as protests continue in Cairo, Egypt. Relations between Egypt and the United States reached a new low...