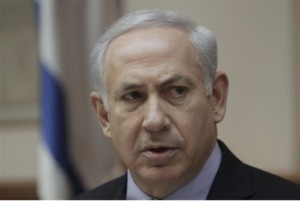 “We have received a reminder about what kind of a neighborhood we live in,” Netanyahu said at the start of the Cabinet session. “We heard the Iranian ruler’s remarks about the elimination of Israel. We saw the Syrian army massacre its own people. We have seen bloody events in our region. Various leaders have no moral compunctions about killing their neighbors and their own people alike.”

“In such a region, the only thing that ensures our existence, security and prosperity is our strength. We are obligated to continue to develop the military, economic and social strength of the State of Israel. This is also the only guarantee for the existence of peace and the only defense for Israel should the peace unravel.”

Netanyahu has never led Israel in a time of war, but may soon find himself standing at the helm against the biggest military challenge Israel has faced in recent decades.

In Case You Missed It:  BOMBSHELL: DARPA was secretly developing the mRNA vaccine years ago through Moderna, and they seek permanent control over your body and bloodline
Posted in Israel, Terrorism and tagged Ayatollah Ruhollah Khomeini, Freedom, Iran, Islam, Israel, Jihad, Netanyahu, Syria, Terrorism.

Many Faiths Unite in Opposition to Obama Attack on Religious Liberty

The Obama Administration’s mandate under the Obamacare statute that many religious employers provide health care coverage for contraception, abortifacients, and...