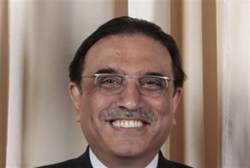 Pakistan is bent on counting Iran for two reasons: The first is energy. The Iranians are offering a gas pipeline to Pakistan and Afghanistan to fuel their industrialization and are also offering oil to Pakistan at a cut rate, with deferred payments.

In terms of clients, the trio makes sense: Pakistan has maintained ties with the overwhelmingly Pashtun Taliban, while Iran, which borders Afghanistan. is the mentor of the non Pashtun minorities.

Pakistan. possibly facing an imminent election, has announced that it will not succumb to American pressure and is ready to implement the pipeline deal as soon as possible according to President  Asif Ali Zardari.

Pakistan is holding a parliamentary review of relations with the United States  and it is currently politically popular to bash the Americans, while touting China as a superior alternative (although China is leery about Muslim extremists operating out of Pakistan).

Pakistan is attempting to wean Afghan President Hamid Karzai away from the Americans and – more importantly – from India.

The State Department considers the pipeline a bad idea and is trying to offer alternatives. The Pakistanis are not in a listening mode as they accuse the United States of trying to establish India as a surrogate in Afghanistan.

The current mood in the Obama administration, however, is to mend fences with the Pakistanis. Relations with the all powerful Inter-Services Intelligence of the Pakistani army have improved, after that agency was suspected of shielding Osama bin Laden. General James Mattis of Central Command will be offering an apology for the deadly American airstrike on the Afghan border that killed Pakistani troops.

The Americans, aside from aid to Pakistan, have little leverage now that they are going. The people who are going to pay the price are those Afghans who placed their trust in the Americans. As Amrullah Saleh, an opposition leader, wrote in the Wall Street Journal

“Washington’s olive branch to the Taliban—no matter the excuses or justifications—amounts to the management of failure, not the mark of victory. Negotiating with the Taliban, after more than 10 years of fighting, means giving legitimacy and space to militant extremism:

The Republican party is playing Scrabble with lousy letters and should sit out the November election, says New York Times...