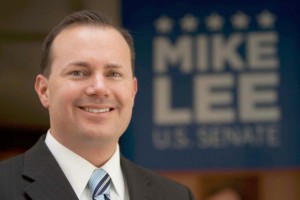 Few lawmakers have expressed as much outrage over President Obama’s unconstitutional “recess” appointments as Sen. Mike Lee (R-UT). He was among the first to warn about the consequences of the president’s unilateral action on Jan. 4.

More than a month later, a new director is running the Consumer Financial Protection Bureau and three members of National Labor Relations Board are conducting business—all in blatant violation of the U.S. Constitution, Lee said in an interview with Heritage following a speech Monday.

Lee said the Constitution gives the president the ability to make recess appointments—but in this case the Senate wasn’t in recess. Just days before Obama made the appointments, for example, the Senate held a pro-forma session to pass the payroll tax cut extension.

“The president’s analysis doesn’t work,” Lee said. “It collapses under its own logic.”

In addition to his Heritage speech, Lee has testified before the House Oversight and Government Reform Committee and vowed to take other actions to oppose the appointments. And while it’s unclear if any of the individuals would be removed from office, Lee said he’ll continue to fight against executive branch overreach regardless of who is serving in the White House.

“This is not a partisan issue for me. I would be equally outraged if this were a Republican president doing this same thing,” Lee said. “Once this gains some momentum, this practice could be very destructive to the Senate’s prerogative of advice and consent. This is a power that doesn’t belong to the president. It belongs to the people of the United States of America.”

The interview runs about 5 minutes. Hosted by Rob Bluey and produced by Brandon Stewart. For more videos from Heritage, subscribe to our YouTube channel.

In Case You Missed It:  SAME PLAYBOOK: In 1983, Fauci tried to spread mass hysteria over AIDS, claiming it could be spread through "casual contact"
Posted in Freedoms and tagged Congress, Conservatism, Constitution, Foundry, Freedom, Governments, Liberalism, Obama, United Socialist States of America.