Israel raised its state of alert on Tuesday following the attacks on Israeli diplomats in India and Georgia that took place on Monday. 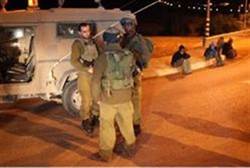 There has been also speculation that Israelis were the intended targets of another attack in Bangkok on Tuesday, in which an Iranian man carrying explosives blew off his own legs.

Yigla Palmor, Israel Foreign Media spokesman said that there were no immediate signs that the targets were Israeli or Jewish, “but we can’t rule out that possibility.”

Israel blamed Iran for Monday’s attacks and, believes, as the Associated Press notes, that they “were just the first in a wave of assaults on Israeli targets by Iran and its Lebanese proxy, Hezbollah.”

Defense Minister Ehud Barak said, the “Iranians and Hezbollah are determined to disrupt Israeli life and to act against Israelis all over the world. They want to strike at Israelis and we must act against this terror front and continue to brace for other challenges we face.”

This week Hezbollah marked the fourth anniversary of the assassination of commander Imad Mughniyeh, who died in a mysterious explosion widely blamed on Israel, reported the Associated Press.

Iran also holds Israel responsible for the assassinations of nuclear scientists and other attempts of impairing its nuclear program.