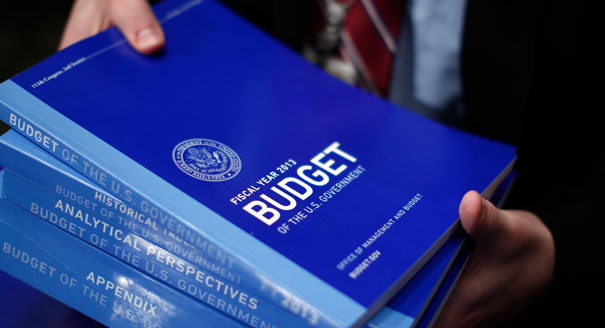 This week, the White House announced its plan to boost taxpayer-funded subsidies for “green” energy vehicles like the Chevy Volt, offering buyers a $10,000 tax incentive to help tickle their buying bone.

On Monday, White House economic adviser Gene Sperling described the subsidy, and ironically enough, market forces seem to be his favorite part of the plan (watch in the clip, above):

“You will see in here a new consumer tax incentive for buying advanced technology vehicles. These are technology neutral; they are at the point of sale; they’re worth $10,000. We don’t pick between natural gas or electric vehicles. We’ll let the market determine that and give consumers the incentive to buy these cars.”

Where’s the irony? It’s precisely because of market forces that the incentives are needed. Consumers — even wealthy ones — are struggling to justify laying down $40,000 or more for these kinds of cars, even with the an existing taxpayer-funded $7,500 subsidy (hence the need to boost it to $10,000). Last month, General Motors sold 603 Volts — almost twice as many as in January 2010, but less than half of its total sales in December. And in 2011, GM missed its projected sales volume for the vehicle, shipping 7,671 of the vehicles — well short of its target of 10,000. Sales of the similar Nissan Leaf are low, too.

Another irony? While the President wants to fund consumer choice when they’re opting between natural gas-powered or all-electric cars, he doesn’t want to give them choice in education. Though the President’s FY2013 budget includes funding for $10,000 subsidies for cars, it eliminates a scholarship program that gives 1,600 low-income students in  Washington, D.C., $8,000 vouchers so they have a choice in education. That says something about the President’s priorities, as political commentator Dana Perino pointed out on Fox News’ “The Five”:

A budget is a priority document. It’s a policy statement. They’re more willing to give $10,000 to the one percent as a tax credit for this vehicle rather than continue a program just because it goes against their principles.

Thanks to the President’s FY 2013 budget, we now know a whole lot more about those priorities.

I live in California. If you were wondering what living in Obama's second term would be like, wonder no longer....