We need to follow Greece because their default and withdrawal from the eurozone would set off major consequences to the European Monetary Union, and thus the EU, that are unforeseeable. A default would impact Greek banks who are major lenders to the government, as well as major German, French, and Belgian banks.

These defaults would set off a crisis because these big banks are allowed to use sovereign bonds, such as Greek bonds, as Tier 1 capital. Everyone knows that those values are a fantasy and that these European banks are seriously undercapitalized. 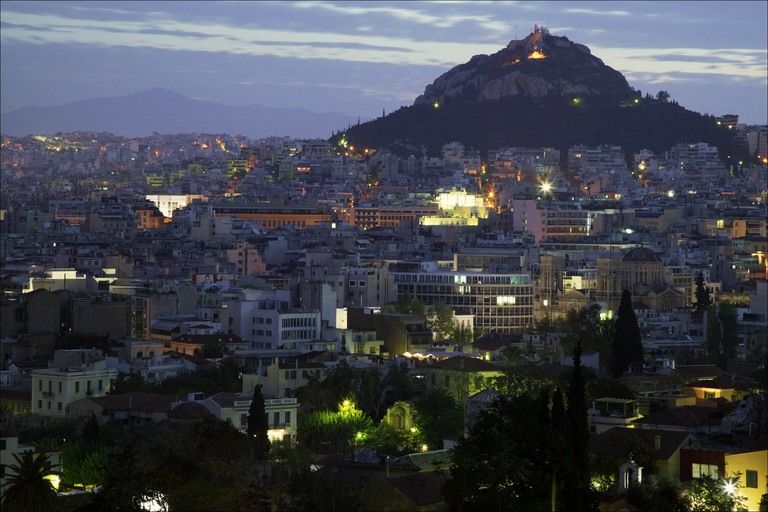 Even without a Greek default, these banks are required to come up with an additional $150billion of capital by July 1, 2012. A default would eventually result in major bank bailouts from their host countries and would probably require the European Central Bank to intervene by buying sovereign debt, thus monetizing the debt and flooding the EU with fiat money. Greece (NYSEArca:GREK) would just wipe out its debt, go back to the drachma, and stay in perpetual recession/depression. My guess is that there could be a military coup somewhere along the way.

Perhaps everything will be just fine, but my smell-o-meter tells me otherwise:

Today is the first day of massive protests in Athens, Thessalonika and other cities. Five ministers resigned from the coalition cabinet of Lukas Papademos. Germany’s Finance Minister Wolfgang Schäuble cast a shadow of doubt over the proposed implementation of austerity measures since they haven’t followed through on the conditions from the first bailout. Several members of the “nationalst” Laos party resigned and refused to back the settlement. It’s getting ugly. This, from different sources:

“What has particularly bothered me is the humiliation of the country,” George Karatzaferis, the leader of Laos, which has 16 members in the 300-seat parliament, said in televised comments. “Clearly Greece can’t and shouldn’t do without the European Union but it could do without the German boot.” …

… “Greeks cannot be hostages and serfs,” he thundered. “We were robbed of our dignity, we were humiliated. I can’t take this. I won’t allow it, no matter how hungry I am.” …

“Germany decides for Europe because it has a fat wallet and with that fat wallet it rules over the lives of all the southern countries,” he told a news conference.

His party has 15 deputies in the 300-seat parliament, dominated by the socialist PASOK and conservative New Democracy parties, which both support the Papademos government. …

The biggest police trade union said it would issue arrest warrants for Greece’s international lenders for subverting democracy, and refused to “fight against our brothers.” A daily newspaper depicted German Chancellor Angela Merkel in a Nazi uniform with a swastika armband.

While Papandreou’s socialist PASOK party, a member of the coalition is in disfavor,

Leftist parties, which openly oppose the cost-cutting measures, have seen their popularity rise significantly in recent polls, posing a new threat to the mainstream parties now supporting the government if elections are called later this spring as planned.

by Daniel Pipes February 11, 2012 Cross-posted from National Review Online: The Corner 1.      Dewy-eyed predictions of democracy within the...