Iran and the core leadership of the al Qaeda terror group, under Ayman al Zawahiri, have established an “operational relationship”, the British Sky News reported on Wednesday. 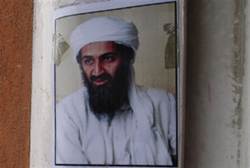 According to the report, there are concerns that the terror group is planning an attack, possibly targeting Europe, in revenge for the killing of former al Qaeda leader Osama bin Laden by the U.S. last year.

Intelligence sources told Sky News that Iran has been supplying al Qaeda with training in the use of advanced explosives, as well as with some funding and a safe haven as part of a deal first worked out in 2009 and which has now led to “operational capacity.”

According to the report, some Western intelligence agencies remain skeptical about an alliance between Iran and al Qaeda, but the United States has become so concerned about the close relationship that late last year it issued a $10 million reward for information leading to the whereabouts of a Syrian al Qaeda leader in Iran, Ezedin Abdel Aziz Khalil, better known as Yasin al Suri.

The intelligence sources told Sky News that Iran has reacted to the reward on al Suri by taking him into “protective custody.”

“Iran is the main route through which funding for the organizations is made, the main route for operatives to travel to Pakistan for training, and it is the only real way by which al Zawahiri can control and order a major attack,” one of the sources was quoted as having said.

The intelligence sources were quoted as having told Sky News that Iran wanted to extend its global reach with al Qaeda “most likely to be used in revenge for any military strikes against Iran’s nuclear capacities. Iran wants to be able to say, ‘We can hit you back.’”

“Iran wants to widen that response to a global threat against Western targets, probably as a deterrent to any strikes by the West against its nuclear facilities,” one source added. “The danger is that Iran and al Qaeda may be keen to show this capacity ahead of any attacks on Iran – as a kind of warning.”

Iran has been blamed for the terror attack in New Delhi this week, as well as the foiled attacks in Georgia and Thailand. Israelis were targeted in all three attacks.

Police officials investigating the attack on an Israeli embassy car in New Delhi said the bomb used in the attack was never before seen in India and was likely created by “foreign experts,” strengthening the evidence that Iran was involved.

Iran has denied involvement in the attacks. Defense Minister Ahmad Vahidi said on Tuesday that any of Israel’s “many enemies in various parts of the world” could have been behind the terror attacks.

The Israeli Ministry of Defense has decided to procure the Italian M-346 military jet to replace the antiquated Skyhawk as...