Number of the day 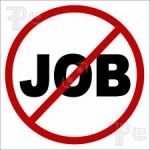 That’s how many working-age Americans don’t have a job and aren’t trying to find one anymore. The increase in people dropping out of the labor market altogether skews the otherwise-positive unemployment numbers released last week.

While the jobless rate fell to 8.3 percent in January – a three-year low – it doesn’t account for this army of nonworking Americans. The percentage of people participating in the labor market dropped to 63.7 percent last month, the lowest level since May 1983.

In Case You Missed It:  Woke Advertising: Social engineering in TV commercials.
Posted in Financial and tagged Economy, Obamanomics, Unemployment.

The anti-fracking documentary “Gasland” has served as a rallying cry for environmentalists seeking to halt hydraulic fracturing, the process used...