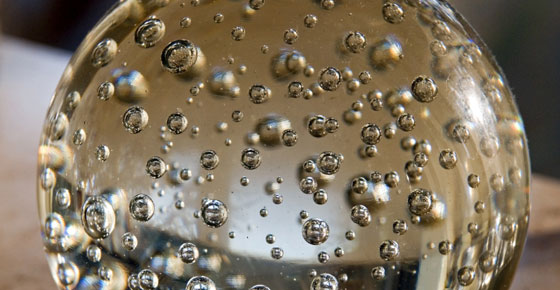 Despite the fact that the “cost of basic knowledge is cheaper than ever before,” the cost of attending college continues to skyrocket. In large part, dramatic increases in college tuition are the result of ever-growing federal higher education subsidies, which have allowed universities to raise prices while incentivizing students to take on more loan debt. But the college price bubble could soon be on the verge of busting, thanks to budding innovations and entrepreneurs in the higher education market.

Udemy and Udacity are two new and innovative online learning platforms providing access to educational content to anyone, anywhere, at little or no cost to the user. Both Udemy and Udacity were founded on a single principle: that everyone in the world should be able to access knowledge.

Both companies operate using an online, open-source model: Anyone who has Internet access can take a class. It is an important step toward the democratization of access to course content and an important new market pressure being placed on a bloated higher education system.

Udemy, founded in 2010, provides open-source educational content to students and teachers. Deemed the “The Academy of You” by its founders, Udemy prides itself on its ease of access for students, offering all of its courses for little or no cost. As it nears its second anniversary in May 2012, Udemy is starting a spinoff called The Faculty Project. Udemy is not seeking accreditation of its courses and does not grant credit for coursework completed by students.

Udacity, founded this January by ex-Stanford professor and Google Vice President Sebastian Thrun and University of Virginia professor David Evans, is emerging as another potential disruption to the traditional higher education industry. Thrun’s initial idea for Udacity came when he decided to offer one of his Stanford robotics courses online, free and open to the public. More than 160,000 students from around the world enrolled in the online course. Thrun says that there were more students in his course from Lithuania than there are students at Stanford. Thrun cites Salman Khan, an ex-hedge fund manager-turned-educator, as his inspiration in this endeavor.

Khan is the innovator behind Khan Academy, a series of videos designed to teach and illustrate ideas and concepts to students. From the French invasion of Russia to black holes to a wide range of calculus classes, Khan Academy offers more than 2,800 engaging video lectures. Khan’s lecture series is unique compared to traditional classroom methods in that his lectures are available at any time online, which allows the student to learn at his or her own pace.

Khan’s model is revolutionizing the delivery of content and democratizing access to knowledge. But it’s a model that could also soon upend the traditional higher education establishment. Udemy and Udacity are seeking to take the Khan model and apply it to college-level coursework. Heritage’s Stuart Butler recently published an article in National Affairs detailing how the traditional model of higher education could soon become a thing of the past. He writes that “the larger threat to the traditional university system seems more likely to come from institutions that combine online education with new, innovative business models.”

Like the Khan Academy, Udemy and Udacity are on the forefront of a brand new system of learning that takes human ingenuity and desire for knowledge and combines it with 21st century technology. So instead of continuing to increase federal subsidies for college—which has only exacerbated college costs over the past few decades—policymakers should rely on the free market to ultimately innovate and drive down college costs.

Evan Walter is currently a member of the Young Leaders Program at The Heritage Foundation. For more information on interning at Heritage, please visit: http://www.heritage.org/about/departments/ylp.cfm

Kerala: God’s own country. But which God ?

by Ranbir Singh   The enticing advertisements by the Department of Tourism by the administration of the Indian state of...