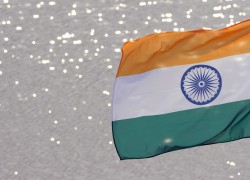 The release last week of an Indian think tank report entitled “Non-Alignment 2.0: A Foreign and Strategic Policy for India in the 21st Century” has prompted robust discussion about Indian foreign policy in the age of a rising China.

Indian national security advisor Shiv Shankar Menon provided remarks at the report launch and apparently participated in some of the private discussions in preparation of the report.

U.S. strategic thinkers who are eager to improve ties with India will be disappointed by the report, as it provides few imperatives and recommendations for solidifying a U.S.–India strategic partnership for the 21st century. While the report acknowledges that the U.S. (and China) will be global power centers and that a robust American maritime presence in the Asia-Pacific will help delay the projection of Chinese naval power in the Indian Ocean, it also says that it would be “premature” to conclude that India would benefit from close ties with the U.S.

Demonstrating distrust toward American intentions, the authors highlight that it would be risky for India to rely too heavily on the U.S. since an Indo–U.S. strategic partnership “could become a casualty of any tactical upswing in Sino-American ties.” The report says the American alliance system is in decline and that it is uncertain “how the U.S. might actually respond if China posed a threat to India’s interests.” The report further notes that another potential downside of focusing too much attention on building ties to the U.S. is that it could “prematurely antagonize China.”

Non-Alignment 2.0 spends considerable time addressing India’s competition with China and the threats New Delhi is likely to face from Beijing in years to come. The report states that the “challenge for Indian diplomacy will be to develop a diversified network of relations with several major powers to compel China to exercise restraint in its dealings with India, while simultaneously avoiding relationships that go beyond conveying a certain threat threshold in Chinese perceptions.”

The report recommends building up India’s naval capabilities to ensure it remains dominant in the Indian Ocean region, investing in infrastructure development in the border areas, and preparing for asymmetric responses to any possible Chinese aggression regarding their border disputes.

But not all Indian strategic thinkers agree with the report’s conclusions. Former Indian national security advisor Brajesh Mishra, while commenting on the report at its launch last Tuesday, noted that a U.S.–India strategic partnership (not “alliance”) developed on equal footing would obviate the need for India to pursue “non-alignment.” Mishra raised the obvious question of whether India can, in fact, remain “non-aligned” between the U.S. and China. Mishra further pointed out that India has increasingly moved toward the U.S. over the last two decades.

China is competing with India in increasingly aggressive ways. Beijing has refused to grant visas to Indian military officers from Jammu and Kashmir and Arunachal Pradesh, is moving forward with plans to provide Pakistan with civil nuclear technology outside the international nonproliferation framework, and is expanding its maritime presence in the Indian Ocean.

In this environment, what dividends does New Delhi receive in remaining aloof from Washington? Instead of keeping the U.S. at arms distance, with the hope of placating the Chinese, India should be drawing closer to the U.S. in ways that solidify and build trust in their own partnership and deter the Chinese from considering a more aggressive posture toward India.

In Case You Missed It:  Russia transitioning from “special operation” in Ukraine to taking aim at all of NATO in sweeping “demilitarization” move
Posted in Freedoms and tagged China, Foundry, Freedom, Governments, India, United Socialist States of America.

There were plenty of lessons to learn after the financial crisis of 2008. Unfortunately, neither Congress nor the Obama Administration...