The Sunday morning edition of Germany’s Die Welt, quoted by leading journalist David Goldman in Pajamas Media, reports that Western intelligence agencies detected two nuclear weapons tests in North Korea in 2010, and that one or both of them might have been conducted for Iran. The author is the respected German analyst and former top official Hans Rühle, who quotes new documentation showing that the Iranian regime began its drive for nuclear weapons as early as 1984, under the direct orders of Ayatollah Khomeini. 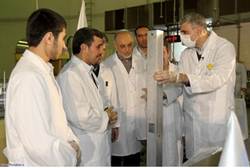 Evidence of the 2010 nuclear tests in North Korea was published February 3 in Nature magazine, citing the work of the Swedish nuclear physicist Lars-Erik de Geer. The scientist analyzed data showing the presence of radioisotopes that indicated a uranium bomb had exploded and after a year of work, wrote Nature, “concluded that North Korea carried out two small nuclear tests in April and May 2010 that caused explosions in the range of 50–200 tons of TNT equivalent.”

Rühle reasons that North Korea would probably not have been secretive about the testing if it were carried out for its own nuclear arsenal, and notes that while its previous nuclear tests used bombs with a plutonium core, the 2010 tests apparently employed enriched uranium. The most likely explanation for this, Rühle concludes, “would be that North Korea conducted a nuclear test for a foreign entity, in this case, an Iranian explosive.”

“Elements of Rühle’s story can be challenged by experts, to be sure,” writes Goldman. “But the German analyst is making a point that has been lost in the fog of spin in Washington: It is outrageously wrong to proceed against an opponent like Iran in the presumption that intelligence agencies can accurately assess the precise degree of progress towards a nuclear device so that the US government can fine-tune a response.”

Yet this is precisely the claim that U.S. President Barack Obama has been making.

“The fact is that there are some Germans who do not want to be responsible for a second Holocaust,” writes Goldman,

China’s Rise and India’s Obvious Partner (the US)

The release last week of an Indian think tank report entitled “Non-Alignment 2.0: A Foreign and Strategic Policy for India...