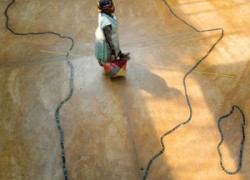 U.S. policy toward sub-Saharan Africa seldom achieves headline status except in times of most acute crisis. Yet the vast continent of one billion, with all its hope, problems, and conflicts, requires sustained, high-level U.S. attention. Given the constraints on time of the President and Secretary of State, it often falls to lower level diplomats, development experts, and Members of Congress to play an active role in keeping American attention focused on a specific geographic area and shaping effective policy.

For more than 20 years, Congressman Donald Payne (D–NJ), who died on March 6, was at the center of discussions of U.S. policy in Africa and an active participant in many efforts to build U.S.–Africa relations. Over the span of an active career, Payne worked to keep attention on African issues.

Payne was personally involved in the development of the African Growth and Opportunity Act. He wrote legislation that sought to provide famine relief to the war-torn Darfur region of Sudan. He was also, with the support of former first lady Laura Bush, a founder of the Malaria Caucus in Congress and served as an original author of the legislation to authorize the creation of the President’s Emergency Plan for AIDS Relief in 2003.

While the work of the U.S. Congress is frequently questioned, often overlooked is the ability of individual Congressmen to play a dynamic role in shaping U.S. foreign policy, often for the good. As a senior member of the House Foreign Affairs Committee and the ranking member of the Subcommittee on Africa, Global Health, and Human Rights, Congressman Payne exemplified this capacity.

In Case You Missed It:  STUDY: Delta variant could become completely immune to all existing vaccines
Posted in Freedoms and tagged Congress, Foundry, Freedom, Governments, United Socialist States of America.

Hamas has decided to show its pride in terrorist Ahlam Tamimi by giving her a talk show. Tamimi now hosts...