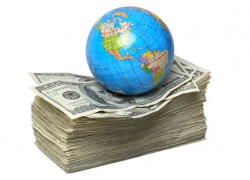 Most politicians and political commentators insist that this year’s election rests on economic concerns, not “social values” (contraception, abortion, gay marriage, and the like). But in America’s free market system, economics and values are in fact closely joined. Not only is capitalism the most successful system for generating wealth, but it does so in large part by reinforcing virtues that make individuals good and societies strong: self-reliance, initiative, personal responsibility, productivity, honesty. This connection between economics and moral virtues should not be neglected.

The eminent political scientist James Q. Wilson, who died  last week, recognized that restoring faith in the fundamental morality of capitalism is essential to today’s economic debate. Capitalism would survive or fail not on its material successes but on its moral justification.

There was no dispute, Wilson wrote in “Capitalism and Morality,” that capitalism produced “greater material abundance for more people than any other economic system ever invented.” Furthermore, democratic governments flourish only in conjunction with capitalist societies.

Despite these achievements, the image of capitalism has long suffered from focus on its failings. Critics of capitalism see it as promoting mostly avarice and selfishness, rationalized on the grounds of material gains. One personification is the fictional character in Oliver Stone’s movie Wall Street, Gordon Gekko, who believes that however unsavory the means might be, capitalism’s unrivaled success in producing wealth justifies them. “Greed,” as Gekko put it, “is good. Greed is right. Greed works.” From this view, capitalism is at best amoral and at worst corrupting.

Wilson translated this attitude among capitalism’s intellectual and academic critics as follows:

To liberals, the failure of capitalism lies in its production of unjustifiable inequalities of wealth and its reckless destruction of the natural environment. Capitalism may produce material abundance, the argument goes, but at too high a price in human suffering and social injustice.

Many thinkers have defended the morality of capitalism, of course. As Wilson himself wrote, “the intellectual founder of capitalism, Adam Smith, was first and foremost a moral philosopher.” He noted that Smith’s The Theory of Moral Sentiments established the foundation for all his work, including The Wealth of Nations 17 years later.

Another example is Michael Novak, whose 1982 book The Spirit of Democratic Capitalism explores in depth the philosophical underpinnings of capitalism, even arguing that in cultivating the world’s resources, humans could be seen as “co-creators with God, bringing forth the potentialities the Creator has hidden.”

But Wilson brought his own unique and clarifying voice to the debate. While not denying capitalism’s inequities and temptations, Wilson sought to answer the charge by reiterating the system’s moral virtues:

All economic systems rest on greed, but capitalism, because it depends on profit, is the one that disciplines greed. In the process of imposing that discipline, capitalism contributes to self-discipline. It encourages civility, trust, self-command, and cosmopolitanism by first making these traits useful and then making them habitual.

Capitalism also requires trust, he wrote: “In any economic system, buying and selling occurs, but voluntary buying and selling on a large scale among strangers requires confidence in fair dealing that cannot depend on one party having much detailed knowledge about the other.”

Wilson’s arguments are especially critical now, with confidence in American capitalism uncertain in some quarters and a public becoming increasingly dependent on government and demanding politicians do more to manage the economy. Today, American capitalism will thrive or fail not solely on its material gains but through a reawakening to the moral virtues inextricably linked to it.

Clearing Up the Media Misinformation on Limbaugh’s Sponsors

Listening to the liberal media these days you would think Rush Limbaugh's radio station just boarded the ill fated Costa...