The IDF hit and killed on Friday several Gaza-based terrorist gangs, including a senior leader of the Popular Resistance Committees terror group. 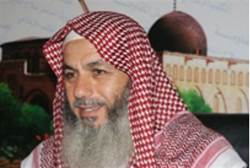 The two were hit in northern Gaza, and the IDF Spokesperson said they had been involved in planning a terror attack from the Sinai Peninsula.

Zuhir Qaisi, born in 1963, planned and led in recent days a terrorist attack against Israeli targets on the Israel-Egypt border, the IDF said in a statement. The terror attack had been in its final preparation stages when Qaisi was struck and killed, the statement added.

Qaisi was one of the planners of the attack on Highway 12 near the border with Egypt in August of 2011, which killed eight Israelis, and was also involved in the firing of rockets at southern Israel, according to the IDF.

The Popular Resistance Committees said following the killing that the group is no longer committed to a ceasefire with Israel.

Channel 10 News also reported that after the elimination, several Kassam rockets and mortar shells were launched from Gaza. Channel 2 reported that at least seven rockets were fired at Israel and that two exploded near the city of Ashkelon. There were no reports of physical injuries or damage in any of the attacks.

Shortly after 8:00 p.m. (Israel time), the IDF struck two additional terrorist cells, one in central Gaza and one in northern Gaza.

“The IDF is not interested in escalation but is ready to defend Israeli citizens and to respond forcefully and decisively against any attempt to carry out terrorist activity,” the IDF Spokesperson said.

“Hamas, which takes advantage of the other terrorist organizations to perpetrate terrorist attacks against Israel, will be responsible for future action which the IDF chooses to take to remove the threat of terrorism and restore relative calm to the area,” the statement added.

Israel's ambassador to the United Nations, Ron Prosor, said on Friday that he is concerned about the slowness of the...