In many of the Southern States, with a significant population of service-industry and agricultural sector workers earning wages at around the $8.75 – $10 per hour mark, the impact of rising gas prices is causing a large number to quit their jobs and file for unemployment or seek other types of State assistance. 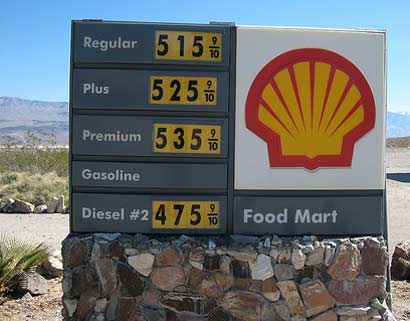 Many of those who were just about making it from paycheck to paycheck when gas was in the high $2.90s are now finding that the additional $0.65 – $0.80 per gallon is that pivotal point when they would actually be better off drawing unemployment.

Here in coastal SC, with an economy that is substantially supported by the hospitality sector as well as major hospitals, many employers are faced with increasing numbers of employees “calling out” and “no shows” for duty shifts because the worker can’t afford the daily gas fill-up.

Many folks face a daily round trip of 50+ miles to get to and from their jobs. At 2-gallons per work-day that’s $1.60 per day x 6 days = almost $10 per week that “doesn’t exist” in their paychecks. That’s not factoring in the additional cost of food and household basics which inevitably reflect increased costs of distribution.

If gas continues to escalate as predicted then this trend of “forced unemployment” will only get worse.

Not thirty minutes ago did I catch a local news item where it was reported that most lower paid folks – mainly women as single heads-of-household – would actually be better off financially by filing for unemployment which, with other forms of assistance, would net them $75 – $125 MORE per week as compared with their average paycheck!

Another interesting consequence of increased gas costs and all that entails… a marked reduction of cable-tv Premium Service subscribers who are scaling back their “menus” with many settling for basic service in an endeavor to cover their monthly $40 – $60 per month “gas gap”.

Posted in Financial and tagged Economy, Oil, US Citizen.

Details are still emerging on the killings of 16 Afghan civilians by a U.S. soldier in Kandahar province. U.S. officials...