Bangladesh became independent in 1971 after a violent and bitter war with its neo-colonial master Pakistan. The eastern part of Bengal joined the newly formed state of Pakistan when the British exited India in 1947. Despite having a larger share of the country’s population the largely Bengali speaking East Pakistan chaffed under the haughty pretensions of the western part of the nation. Bengalis were discriminated against from the very beginning as Urdu was foisted upon them as the official language (Bengali is written in an indigenous script). With the military coup of Ayub Khan and despite this military commander’s rather sarcastically titled book Friends not Masters, Pakistan was brazenly dominated by Punjabis and Pathans. With the return of democracy in 1971 the supposedly democratic Zulfikar Ali Bhutto refused to accept the overall election victory of East Pakistan’s Sheikh Mujibur Rahman. The result was secession and brutal suppression by the military in which as many as 3 million people may have perished as General Yahya Khan planned to liquidate the entire East Pakistan intellectual, cultural and political elite. Helped by collaborationist militia of Razakars, Al-Badr and Al-Shams professors, journalists, doctors, artists, engineers, writers were rounded up by Pakistan Army and slaughtered. 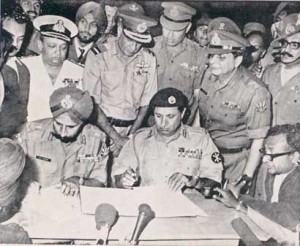 The war of liberation fought by the Bengalis is one of history’s seemingly forgotten conflicts. The Mukti Bahini guerrillas battled a well-armed and equipped Pakistani military. Before India intervened this war was saturated with rape, genocide, carnage and killing based on gender and religious affiliation. Bengali women were targeted for gender-selective atrocities and abuses, notably gang sexual assault and murder from the earliest days of the Pakistani genocide. In her ground-breaking book, Against Our Will: Men, Women and Rape, Susan Brownmiller likened the 1971 events in Bangladesh to the Japanese rapes in Nanjing and German rapes in Russia during World War II. “… 200,000, 300,000 or possibly 400,000 women (three sets of statistics have been variously quoted) were raped.” She further  writes, “Girls of eight and grandmothers of seventy-five had been sexually assaulted … Pakistani soldiers had not only violated Bengali women on the spot; they abducted tens of hundreds and held them by force in their military barracks for nightly use.” Some women may have been raped as many as eighty times in a night. On 7 October 1971, Major Aslam and his men raided the Rokeya Hall, the girls’ hostel of Dacca University, dragged the girls out and stripped them before raping and torturing them. The entire thing was done so, openly, without any provocation, that even the Karachi-based newspaper, Dawn, had to publish the story, violating censorship by the military authorities. In seven days after liberation about 300 girls were recovered from different places around Dacca where they had been taken away and kept confined by the Pakistani army men. On December 26, altogether 55 emaciated and half-dead girls on the verge of mental derangement were recovered by the Red Cross with the help of the Mukti Bahini and the allied forces from various hideouts of the Pakistani army in Narayanganj, Dacca Cantonment and other small towns on the periphery of Dacca city. 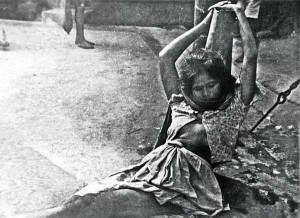 Pakistan continues to deny that there was a systematic policy of rape. Yet Punjabi and Pathan soldiers were ordered to rape their Eastern ‘brethren’ because the ‘Bingos’ were not true Muslims. They were merely Hindu converts not the offspring of Mughal, Afghan and Arab invaders who had brought Islam to South Asia. It did not take much to take this to the next logical step. The beleaguered Hindu minority was systematically targeted for annihilation. The West Pakistani rulers identified the Bengali culture with Hindu and Indian culture, and thought that the eradication of Hindus would remove such influences from the majority Muslims in East Pakistan. More than 60% of the Bengali refugees who fled to India were Hindus. On 13 June 1971 the Sunday Times reported:

“The Government’s policy for East Bengal was spelled out to me in the Eastern Command headquarters at Dacca. It has three elements:

Eventually India intervened and defeated the Pakistan forces. The result was the creation of the new state of Bangladesh. But what is less well know is the role played by one of India’s most celebrated military brass. Lt Gen (Retd) JFR Jacob had taken part in the Independence War of Bangladesh in 1971. Belatedly he Sheikh Hasina government has decided to honour Jacob by requesting him to witness the Independence and National Day programmes to be held at National Parade Square on March 26 in Dhaka staying here from March 24 to 27. Lt Gen Jacob was the Chief of Staff, Eastern Command, during the 1971 war and took many operational decisions at his own risk, despite differences with seniors. He was the mastermind of implementing the surrender programme by Pakistani military to the joint forces of Bangladesh’s Liberation War at Race Course Maidan now at Suhrawardi Udyan in Dhaka. “I feel honoured to learn that Bangladesh is recognising the contribution of those involved in its liberation,” he told The Indian Express in response to his invite. Lt. General Jacob is the author of the book  Surrender at Dacca: Birth of a Nation. 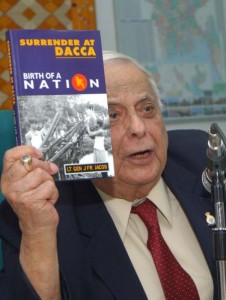 Now Lt Gen (Retd) JFR Jacob has rendered yeoman service to his homeland. Born in Kolkotta in 1923, he graduated as an officer in 1942 and saw active service with the British in North Africa during the Second World War, and was later sent to Burma and Sumatra. He became a brigadier in independent India’s army in 1963. Following his distinguished military career Jacob joined the Bharatiya Janata Party, as the party’s security adviser and was eventually appointed the governorship of Goa and later the state of Punjab. But few know that this staunchly patriotic Indian and liberator of Bangladesh is in fact Jewish. His family were Iraqi Jews who had settled in India in the eighteenth century. Jacob’s own father was against his enlisting into the then British Indian Army. However, Jacob was motivated by reports of Jews being exterminated in Europe. It is perhaps fitting that a man of this calibre was instrumental in halting the genocide of Bengalis by the Pakistan Army in 1971 and liberating that oppressed nation from yet another form of uncompromising evil. No surprise then that Jacob has been active in supporting close and friendly ties between Israel and India, especially military cooperation. When asked about his country’s future he says:

“As a country, we are at the threshold of an economic explosion and, hence, at this moment, empowerment means most to those who hold the key to the future. I talk of the younger generation. Sound economic and strategic planning will bring about this change. Unfortunately, since our prosperity comes in bursts, good governance, in the form of dedicated politicians and bureaucrats, is essential to usher any changes.”

It is an example which a new generation of Indians can certainly learn by.

In Case You Missed It:  Second Holocaust? CDC covid camps have no plans to allow healthy people to leave
Posted in Freedoms, Israel, Terrorism.

Who is the Real Tea Party Conservative: Gingrich or Santorum?

Here are two videos contrasting the positions of both Presidential candidates towards the Tea Party. Newt Gingrich welcomes the Tea...