The Society for Worldwide Interbank Financial Telecommunication, or SWIFT, announced Thursday that it is cutting off some 30 Iranian banks and subsidiaries from its network, as part of global efforts to punish Iran for its nuclear weapons program. The banks punished are the ones that have already been hit by European Union sanctions. 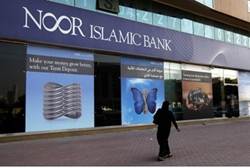 Some other Iranian banks remain unaffected by the move, which will go into effect about 48 hours after the announcement.

A statement on the SWIFT website said: “Disconnecting banks is an extraordinary and unprecedented step for SWIFT. It is a direct result of international and multilateral action to intensify financial sanctions against Iran.”

SWIFT is considered crucial to Iran’s transactions regarding the sale of oil, and for other international deals. Based in Brussels, the organization is a banking hub used by virtually every nation on the planet – but also obliged to abide by EU Council decisions.

In a statement, SWIFT explained that the EU decision to impose sanctions on Iran “prohibits companies such as SWIFT to continue to provide specialized financial messaging services to EU-sanctioned banks” and “forces SWIFT to take action.”

The Iranian banks and SWIFT’s general clientele have been notified that the disconnection will go into effect on Saturday, March 17, at 16.00 GMT.

In Case You Missed It:  Greg Gutfeld Beats All Other Late Night Hosts While They Do Hyped Special On Climate Change
Posted in Financial, Terrorism and tagged Banking, Banks, Europe, Financial, Freedom, Iran, Islam, Jihad, Terrorism.

We demand the dismissal of Khulood Badawi