IDF forces were able to thwart an infiltration from Egypt on Thursday evening. 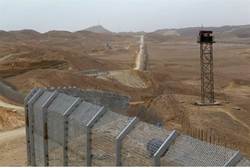 The IDF Spokesman said in a statement that the troops, who were engaged in routine activity along the Israel-Egypt border, noticed a number of suspects who had infiltrated the border.

The troops called on the suspects to stop and when they did not heed the calls, the soldiers opened fire. At the same time fire was opened from Egyptian territory. Three suspects were wounded by the fire.

According to the statement, the three wounded infiltrators were captured after a short chase, and a fourth suspect was found dead. The wounded were air lifted for medical treatment in  a hospital. No Israelis were wounded.

In February, terrorists took advantage of the infiltrations from Egypt to place a powerful explosive device along the Israel-Egypt border.

“In light of the increasing attempts to infiltrate into the State of Israel, the IDF will increase its activities in the western border,” said the Spokesperson’s statement.

“The phenomenon of illegal smuggling and infiltration into the State of Israel along the western border is exploited by terrorist organizations to carry out attacks against Israeli citizens and IDF forces,” the statement added. “The IDF will continue to act against anyone posing a threat to the security of the State of Israel and its people.”

The Society for Worldwide Interbank Financial Telecommunication, or SWIFT, announced Thursday that it is cutting off some 30 Iranian banks...