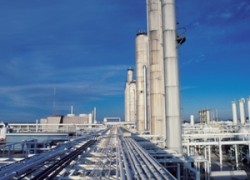 Two major financial news publications, the Economist and The Wall Street Journal, published major articles in the past week arguing that the American nuclear renaissance has ended before it ever really began. While the articles differ slightly in their presentation, the basic common thread is that new nuclear power cannot compete with cheap natural gas.

The problem with this basic narrative is twofold. First, it does not fully recognize how quickly markets change. Secondly, it ignores the potential benefits that would result from better policy.

If markets were static, then challenging such notions would be nearly impossible. Certain things are facts. Natural gas is very inexpensive. Building a nuclear plant is expensive and seemingly getting more expensive.

But that is not the end of the story.

Natural gas is cheap. No question. But it has been cheap before. Indeed, it was very cheap at about the same time the nuclear industry was last declared dead. And that’s not the only parallel. The world was responding to a recent nuclear accident at Three Mile Island (TMI), and nuclear plant construction costs were on the rise.

As natural gas use was growing through the mid-2000s, the nuclear industry was refining its product. It continued to bring plants on line that had been permitted prior to the TMI accident and worked to hone its safety procedures and operational efficiency. The numbers show the progress. In 1979, American had 72 plants on line. Today there are 104.

Back then, America’s reactors operated at an average capacity factor of less than 60 percent. That means that the average plant spent 40 percent of that year not producing electricity. Today, reactors routinely exceed 90 percent capacity factors. This has resulted in low-cost, reliable electricity. And because the cost of fuel makes up a small percentage of actual costs, nuclear power prices do not vary over the lifetime of the plant. Best of all, these benefits are buoyed by increasing safety.

Now, once again, with cost estimates rising for nuclear power, natural gas prices dropping, and renewed public anxiety fueled by a major accident, some like the Economist and The Wall Street Journal are questioning whether nuclear power has a future.

Part of the answer can be found in the Journal’s article. It points to three concerns regarding over-reliance on natural gas:

Though there are no guarantees, nuclear power—despite much adversity—has proved to be much more than a survivor. The right policy reforms today will open up markets to more abundant, more affordable, and even safer nuclear energy.

In Case You Missed It:  How to Tell What the Government Fears Most
Posted in Financial, Freedoms and tagged Financial, Foundry, Freedom, Governments, Nuclear Weapons, United Socialist States of America.

There is no realistic way for Israel to put an end to terror attacks from Gaza, Hof Ashkelon Council head...