Sufism is contrasted with more intolerant strains of Islam, notably that advocating jihad, proscribing of dancing and music, intolerance towards the kuffar, and strict interpretation of sharia. Unlike the stern teachings found within Wahhabism in Saudi Arabia or the Shia strain in Iran , Sufi Islam holds a more mystical approach in which the ego is purified and cleansed through esoteric knowledge of a loving supreme deity. This inner journey seeks self-improvement through devotional exercises which not only allow but often insist on music and even dancing as a mean to advance spirituality. The results have been impressive because to this day humanity struggled to create anything more uplifting than the poetry of Ibn Arabi and Rumi. Sufi compositions remain the most beautiful of all creations from Islamic civilisation.

With the increasingly negative image given to Islam through the media Sufism is held up not only as the alternative but often the original model before the faith was corrupted by intolerant strains of Salafism and Khomeinism. This is very similar to the emphasis given to the Islamic contribution to western civilisation from everything to science and mathematics, to foodstuffs like the lemon. Sufism has indeed come under increasing pressure in Iran where its centres of worship have been demolished and its adherents arrested.

With its decentralised and mystical approach Sufism is an anathema to Saudi Arabia ’s Wahhabis and their more extreme Salafi offspring. Through petrodollars the Sufism of Pakistan has become deemed as un-Islamic event though Bulleh Shah, Waris Shah and Madho Lal Hussain were figures of great respect in South Asian Islam. The same pressure is now being placed on analogous traditions such as that of the marabouts in West Africa. But Sufism also felt the wrath of the modernist secular reforms of Ataturk as he strove to build a European style state on the ashes of the defeated and discredited Ottoman Empire .

Sufism however does not describe a single set of doctrines but a disparate set of spiritual practices and mystical techniques which added a new dimension to Islam. In this the Sufi masters imbibed ancient spiritual traditions of the Greeks, Jews, Zarathustrians and Hindus which predated Islam. Nevertheless Sufis could be as fanatic as any mullah or army on the march of jihad. The history of Islam in South Asia demonstrates this very clearly, that they acted as sappers and miners for the colonialism which was devastating ancient civilisations without mercy.

The Chishtiyya school was foisted on India by Muin-ud-din who had settled down in Ajmer in the twelfth century and converted some Hindus to act as his agents. He then made special demands from Prithvi Raj Chauhan and when they were ignored he immediately invited Muhammad Ghuri to invade and despoil the land in the name of Islam. Literature on the true fanatic nature of Sufis such as that of the Chisti order abound. Sculpted stones, apparently from a Hindu temple, are incorporated in the Buland Darwãza of Muin-ud-din’s shrine and his tomb is built over a series of cellars which may have formed part of an earlier temple. A tradition, first recorded in the ‘Anis al-Arwãh, suggests that the Sandal Khãna is built on the site of Shãdî Dev’s temple. Four Islamic mystics namely Muin-ud-din  (d. 1233 in Ajmer ), Qutubuddin (d. 1236 in Delhi ), Nizamuddin (d.1335 in Delhi ) and Fariduddin (d.1265 in Pattan now in Pakistan ) accompanied the Islamic invaders in India . All of them were from the Chistiya order of Islamic mysticism.

Amir Khusru was one of the foremost disciples of Nizam-ud-din Awliya of Delhi who is counted among the five great sufis of the Chishtiyya school. He is himself regarded as an outstanding sufi on whose mazar in Delhi urs is held every year. His Hindi verses are cited as a proof positive of his love for the land of his birth. The great poet, sufi and artist Amir Khusro, full name Muhammad Hassan Yaminuddin (1253-1325) said to be a great human being because, he was the father of Qawwali, and he is even said to have invented the sitar and tabla, he loved India, and of course was tolerant and mystical.

Yet in his own words he glorified how Islamic hordes had despoiled India , sacking the infidel Hindu shrines for the glory of the true faith, saturated the land with the blood of idol-worshippers, and jizya imposed. Khusro lamented that the sultans had adopted the Hanafi code because it allowed them to categorise Hindus as dhimmis; which meant a third-class existence as opposed to outright extermination. The Sufi preacher Sayyid Ali Hamdani came from Hamdan in fourteenth century to Kasmir where after making converts made moved to stop Hindus building temples and restrict their religious practices as they were forced into dhimmi status, including payment of jizya.

Sufis fully supported the oppression and often forcible conversion of Hindus to Islam, accepting the gifts of adolescent boys and young women to their khanqahs and dargahs. Dara Shikoh, eldest son of Shah Jahan and rightful heir to the Mughal throne was perhaps the exception in trying to marry mysticism within Islam and Hinduism, such as translating the Upanishads into Persian. Of course he was killed by his younger brother Aurangzeb who was himself a Sufi, a follower of the Naqshbandi-Mujaddidi method and disciple of Khwaja Muhammad Masoom, the third son and successor of the founder of Mujaddidi order Shaykh Ahmad Sirhindi. That shaykh sent his fifth son, Khwaja Saif ad-Din Sirhindi, to instruct Aurangzeb in the strict application of sharia law such as banning musical instruments. 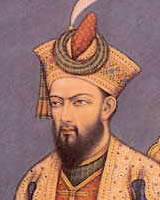 Many other famous Sufis also revered Aurangzeb, including the Punjab Sufi Sultan Bahu who wrote ‘Aurang-i-Shahi’ praising the emperor as a just ruler. Now Aurangzeb or Alamgir is notorious in history as the Mughal who tried to annihilate Hinduism completely, destroying temples and suppressing religious practices. Guru Tegh Bahadur and his two close companions Bhai Matti Das and Bhai Fateh Das were executed for refusing to convert to Islam. Aurangzeb’s tomb is in Khuldabad in Maharashtra within the courtyard of the shrine of the Sufi saint Shaikh Burham-u’d-din Gharib.

This association of the most fanatic and intolerant of Mughal emperors with Sufism will shock many who have been fed the belief that all Sufis were purveyors of a soft version of Islam. But the Naqshabandis had always stood for strict interpretation of sharia law. Khwaja Mohammad Baqi Billah Berang whose tomb is in Delhi introduced Naqshbandi order in India and due to common Turkic origins with the Mughal invaders this Sufi order always remained steadfast in its political loyalty right from the invasions of Babar.

His grandson Akbar is often portrayed as a tolerant ruler. Yet it was Akbar who made an annual pilgrimage to the Dargah of Muin-ud-din Chishti at Ajmer as he believed it was through the blessings of the Chishti saint through which he begot a son. Yet Muin-ud-din was of course the foremost symbol of Islam’s ceaseless war on Hinduism. Akbar was however more pragmatic than most which explains practical steps to involve powerful Hindu groups such as the Rajputs into becoming pillars for Mughal rule, such as abolishing the jizya poll tax. This of course earned the wrath of many, including the Sufis.

The mission of Shaikh Sirhindi (1564-1624) was to purify Islam from the influence of Akbar. He proclaimed himself the Mujaddid-i-alf-i-sãnî, ‘renovator of the second millennium of Islam’ and his Maktûbãt-i-Imãm Rabbãnî have been collected and published in three volumes. n letter No. 163 he wrote: “The honour of Islam lies in insulting kufr and kafirs. One who respects the kafirs dishonours the Muslims… The real purpose of levying jiziya on them is to humiliate them to such an extent that they may not be able to dress well and to live in grandeur. They should constantly remain terrified and trembling. It is intended to hold them under contempt and to uphold the honour and might of Islam.”

In Letter No. 81 he said: “Cow-sacrifice in India is the noblest of Islamic practices. The kafirs may probably agree to pay jiziya but they shall never concede to cow-sacrifice.” After Guru Arjun Deva had been tortured and done to death by Jahangir, he wrote in letter No. 193 that “the execution of the accursed kafir of Gobindwal is an important achievement and is the cause of the great defeat of the Hindus.” Sirhindi viewed Hindu mystics like Guru Nanak and Sant Kabir despicable, as they did not follow Sharia, he wanted to encourage the sacrifice of cows and revelled in the execution of Guru Arjun Dev.

Shah Waliullah, a prominent Muslim thinker of 18th century and the son of Shah Abdur Rahim, a Sufi who was employed by Aurangzeb for compiling the Fatawa-i-Alamgiri. This Sufi fanatic was of the Naqshabandi order and elevated Mahmud Ghuri as the greatest figure in Islam after the four righteous caliphs. No mention of Rumi here. Wali Ullah invigorated the practice of his Naqshbandi Sufi order, synthesising the disciplines of the three major Sufi orders namely Qadari, Chisti and Naqshbandi with a view to uniting the Muslim society against the Hindus.

Like Shaikh Ahmad Sirhind, he was also against the presence of Hindu employees in the administration of Muslim rulers as he viewed it harmful to the purity of Islam. His attempt was to purify Islam from the spiritual influence of Hinduism. In this context he invited Ahmad Shah Abdali to lead an Afghan invasion into India to save Islam from the infidel Hindus. He was therefore not open to the spiritual tradition of local Hindus in any form.

Sayed Ahmad Barelvi (1786-1831) was a disciple of Waliullah’s son, Abd al Aziz, and continued the tradition of by launching armed jihad with a view to restoring Darul-Islam but was killed in the battle of Balkot against Maharaja Ranjit Singh. Indian Muslims continue to regard him as martyr for the cause of Islam. Karamat Ali, a disciple of Sayed Ahmad Barelavi further developed the ideology for purifying Islam from the influences of Hindu custom and tradition.

Viewed in this historical perspective it is not only easy to see past the politically correct whitewash of Sufism but also realise that Sufis were merely a long line in salesmen for an intolerant belief system. There is therefore no real contrast between the aforementioned Sufi preachers and schools of thought, and that of more modern ideologies as represented by Wahhabism and Salafism in Sunni Islam, or Khomeinism among the Shia.

Indeed with modern technology and the organs of a modern state funded by petrodollars, media savviness and sophisticated use of social networking the neo-imperialist forms of Islam are merely doing what was beyond the reach of the Sufis.

While the compositions of Rumi and Ibn Arabi remain an inspiration to all humanity, they like the much-vaunted Islamic contributions to science were in many ways an exception, a temporary flickering light enveloped in uncompromising darkness. As Averroes (Ibn Rushd) discovered when asked to explain his knowledge of the heavens, and froze in terror because his scientific discoveries would contradict theological dogma, the mystical aspects in Islam had more to do with the legacy of civilisations which had been crushed underfoot than anything within the one true faith.

As the poetry of Rumi and Ibn Arabi demonstrate the spirit of antiquity had yet to be fully snuffed out. Freethinkers could still survive for now without being deemed infidels and heretics. It is that spirit which needs to be recaptured not the reconstruction of some non-existent past simply because the truth about Sufism is to inconvenient.

On Wednesday evening, March 14th ,over 30 protestors representing both Jewish and human rights organizations gathered in front of the...