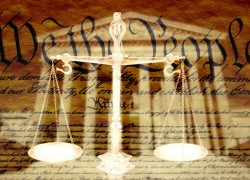 Medical malpractice reform is needed in many different states, but an effort currently underway on this issue in Congress is misguided.

Legislatures in places like Texas that passed measures intended to reform the court processes used to make claims against doctors and hospitals and to stop abusive litigation have seen many benefits for both victims and the medical community. These include faster resolution of legitimate claims, a reduction in frivolous claims and defensive medicine, and decreases in medical malpractice premiums. Steep increases in such premiums not only contribute to rising medical costs, but also have driven too many doctors out of their profession or out of states that have not reformed their procedures. Medical malpractice reform results in better patient access to quality medical care.

A bill being considered by the House of Representatives has many of the best features of such reforms that have proven to work. H.R. 5 sets a three-year statute of limitations for claims; limits noneconomic damages to $250,000 and makes each party liable only for the damages directly proportional to their responsibility for the injury; allows a court to reduce the amount of a lawyer’s contingency fee; permits the introduction of evidence of collateral source benefits; limits the amount of punitive damages and only allows them where there has been malicious intent to injure; and denies punitive damages in the case of products approved and cleared by the FDA.

The problem with most of the proposed reforms in H.R. 5 is that the law governing medical malpractice claims is a state issue, not a federal issue. Despite H.R. 5’s reliance on the Commerce Clause, Congress has no business (and no authority under the Constitution) telling states what the rules should be governing medical malpractice claims. Doctors are licensed by states, and state legislatures and state medical authorities have the authority to promulgate the standards of medical care in their states, applying to their residents and how tort claims will be adjudicated in state courts. The attempt by H.R. 5 to stretch the Commerce Clause to cover medical malpractice claims is constitutionally similar to the stretch that the President is making to argue that the Obamacare legislation and the individual mandate are within the Commerce Clause power of Congress.

The one exception to this is the ban in H.R. 5 on punitive damages for medical devices and medical products that have been approved and cleared by the FDA. There, Congress does have a federal interest, because such FDA-certified products are sold across the country, meeting the definition of interstate commerce. Attempts by states to apply regulations, requirements, and standards that differ from federal standards would subject medical researchers, developers, and manufacturers to conflicting laws and regulations of 50 different states. The U.S. Supreme Court ruled in Riegel v. Medtronic, Inc. (2008) that federal regulation of certain medical devices by the FDA preempted state tort law.

However, there is a federal interest in applying all of the other medical malpractice reforms outlined in H.R. 5 to federal programs like Medicaid. Congress does have the authority to regulate the medical malpractice claims of individuals as a condition of receiving medical services that are paid for with federal funds through the Medicaid program. Reform would be a benefit to the program, because it would be an incentive for doctors to provide Medicaid services if they know that reasonable and commonsense rules will apply to any potential medical malpractice claims filed against them by Medicaid patients. This could help alleviate the growing shortage of doctors in the Medicaid program and could help cut costs.

While the sponsors of H.R. 5 have the right idea about reforming medical malpractice claims, those ideas need to be applied to federal health care programs like Medicaid and should not interfere with state sovereignty over general medical care, tort law, and tort claims in general. And Congress should continue to try to repeal all of the Patient Protection and Affordable Care Act (Obamacare) and its many noxious parts, including the new “Independent Payment Advisory Board” that has the power to make arbitrary cuts in Medicare rates and payments.

“If I ever see this girl, I will kill her. That’s a promise.” Wake up America. The voices that preach...