(Frontpagmag)  While American pliberals remain in high dudgeon over a woman’s “right” to “free” government-provided contraception, a genuine woman’s rights issue has been unfolding in Morocco a country considered to be a ‘moderate” Islamic country by the west.  In Larache, near the city of Tangiers, 16-year-old Amina Filali committed suicide after she was forced by a judge to marry. Whom did the judge force her to marry? Her rapist. ”The prosecutor advised my daughter to marry, he said ‘go and make the marriage contract,’” said Lahcen Filali, the girl’s father. Thus, once again the wonders of Sharia-based jurisprudence are revealed. 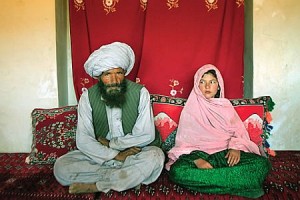 This outrage is actually codified. Article 475 of the Moroccan penal code states that a rapist may be exonerated of his crime if he marries his victim. In Morocco, rape is punishable by five to ten years in prison, but the sentence doubles to ten to twenty years if the victim is a minor. The law is designed to protect the honor of the family, which is considered stained when a woman loses her virginity prior to getting married. Marrying one’s rapist simultaneously “restores” that honor and exonerates the rapist of his crime.

Incredibly, the 26-year-old attacker initially refused to marry his victim, and only relented when faced with prosecution. Perhaps his reluctance was bolstered by the reality that, in many cases of reported sexual misconduct, Moroccan law puts the burden of proof on the victim. If a woman can’t prove she was attacked, she risks being prosecuted for debauchery.

Apparently Amina Filali, raped a year earlier at the age of 15, couldn’t cope with such “reasonableness.” On March 10th, she swallowed rat poison to escape her court-mandated fate. According to local media reports, the girl had complained to her mother that her husband/rapist “beat her repeatedly” during the five months they were married. It was further reported that her own family disowned her as a result of those complaints. As for the girl’s husband, witnesses told the media he became so outraged upon discovering she drank poison, that he dragged her down the street by her hair. She died shortly afterward.

Thankfully, this travesty has sparked outrage. Activists in Morocco have set up a Facebook group called “We are all Amina Filali.” It has almost 2,200 members. A petition has garnered more than 1,000 signatures, and a Twitter account was established using the hashtag #RIPAmina. Twitter contributer and women’s rights activist Abadila Maaelaynine encapsulated the essence of the protest. “Amina, 16, was triply violated, by her rapist, by tradition, and by Article 475 of the Moroccan law,” she wrote.

Abdelaziz Nouaydi, who runs the Adala Assocation for legal reform, explained that a judge can recommend marriage only in the case of agreement by the victim and both families. “It is not something that happens a great deal–it is very rare,” he said. But he also offered a cultural reality check, noting that the victim and/or her family will acquiesce to such an arrangement out of fear a woman will never be able to find a husband if it becomes known that she was raped.

Fouzia Assouli, president of Democratic League for Women’s Rights, countered that such arrangements are “a recurring phenomenon,” which is why activists have demanded a repeal of Article 475, a law that “allows the rapist to escape justice.” She further notes the peculiar aspects of such laws. “In Morocco, the law protects public morality but not the individual,” she contended, adding that legislation outlawing all forms of violence against women, including rape within marriage, has been stuck in legal limbo since 2006.

Morocco did update its Family Code in 2004. It contains eleven subject headings. Reforms include adopting modern words that remove “degrading and debasing” terms for women, equality of age in marriage for both sexes, and expanding divorce, property and child rights for women. Heading two is germane to the case at hand. It entitles “the woman who has come of age to tutelage (guardianship) as a right, and she may exercise it according to her choice and interests, on the basis of an interpretation of a holy verse stipulating that a woman cannot be compelled to marry against her will: ‘…place not difficulties in the way of their marrying their husbands, if it is agreed between them in kindness.’” A woman may, of her own free will, delegate tutelage to her father or a male relative.

Despite this statute, all reports on this story indicate that Amina Filali was indeed forced to marry against her will. Furthermore, as defined in Heading three, which stipulates 18 as the minimum age for marriage, there is an out. The age limit may be reduced by a judge “only in justified cases.” Thus, despite reform, one is left to conclude one of two things. Either a 16-year-old girl does not have the same rights as an 18-year-old woman, or rape, when balanced against the culturally construed loss of honor incurred by the victim’s family, is seen as justification for forcing marriage to a rapist.

Measured against the reality of a government study conducted last year revealing that about 25 percent of Moroccan women had been sexually assaulted at least once, it would appear a substantial number of Moroccan women are faced with an odious choice: keep an assault secret, endure possible abuse (or worse) from one’s own family for their loss of honor, or marry the assaulter. Such might explain a 2009 UN report revealing that only 3.6 cases of rape were reported per 100,000 women in Morocco.

In Case You Missed It:  The Lawless FBI–A Threat to America’s Democracy
Posted in Freedoms, Terrorism and tagged Freedom, Islam, Morocco, Muslims.

When it comes to finding alternate pathways to force their green agenda onto Americans, President Obama and his Administration know...