Besieged gunman Mohammad Merah boasted to police negotiators that he has no regrets beyond having run out of time for more murders. 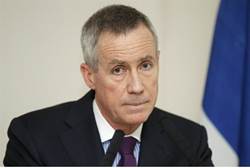 “He has no regrets, except not having more time to kill more people and he boasts that he has brought France to its knees,” Paris Prosecutor Francois Molins, part of the anti-terrorist unit leading the investigation, told reporters in Toulouse.

“He has explained that he is not suicidal, that he does not have the soul of a martyr and that he prefers to kill but to stay alive himself,” Molins said.

Merah, who filmed his killings with a small camera for posterity, had already identified another soldier and two police officers he wanted to kill, Molins said.

He repeated promises to surrender this evening to members of the elite RAID unit surrounding the house, which had been evacuated of its other residents – but as the siege enters its fourteenth hour he refuses to do so.

Earlier, two French police officers were wounded in an exchange of fire with Merah. Original reports said three police had been wounded.

The 24-year-old Muslim spree killer, the confessed perpetrator of three deadly attacks, is holed up in a five story apartment building in Toulouse currently surrounded by some 300 French police.

A French citizen of Algerian origin, officials say Merah had been to Pakistan and Afghanistan, where he claimed to have received training from al Qaeda.

French authorities told reporters that Merah was a member of an extremist Islamic group, but insisted he acted as a “lone extremist” and that the group was not connected to the attacks.

Merah told police negotiators he had killed three French soldiers last week and four people at a Jewish school in Toulouse on Monday “to avenge the deaths of Palestinian children” and because of “the French army’s involvement in Afghanistan.”

PA prime minister Salam Fayyad immediately denounced Merah, saying “It is time for these criminals to stop marketing their terrorist acts in the name of Palestine.”

The Jewish victims from the Otzar Hatorah school shooting – Rabbi Jonathan Sandler, 30, his sons Arieh, 5, and Gabriel, 3, and 8-year-old Myriam Monsenego – were buried in Jerusalem on Wednesday.

Parliament speaker Reuben Rivlin said in his eulogy that the attack was inspired by “wild animals with hatred in their hearts.”

French president Nicolas Sarkozy described Merah as a “madman” and denounced Mondays attack as an act of “savagery.”

HR Comment: Time to End the Incitement Against Israel