The 47-nation UN Human Rights Council (UNHRC) adopted five resolutions condemning Israel Thursday, including one that establishes a massive new “fact-finding mission” to investigate alleged Israeli violations relating to settlements. The vote was 36 in favor, 1 against (U.S.) and 10 abstaining. 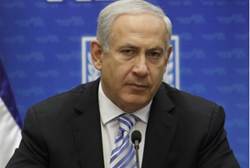 Prime Minister Binyamin Netanyahu was quick to issue a statement denouncing the UNHRC. “This is a hypocritical council with an automatic majority against Israel. This council ought to be ashamed of itself,” he said.

“Until today, the council has made 91 decisions, 39 of which dealt with Israel, three with Syria and one with Iran,” the prime minister noted. “One only had to hear the Syrian representative speak today about human rights in order to understand how detached from reality the council is. Another proof of its detachment from reality came last week when it invited before it a representative of Hamas, an organization whose ideology is based on the murder of innocents.”

Hillel Neuer, executive director of UN Watch, noted that “On the same day that the UN Human Rights Council voted for a severely watered-down text allowing Sri Lanka to determine what advice it receives from the UN—and as it ignored our own proposed resolutions on systematic abuses committed by China, Cuba, Saudi Arabia and Zimbabwe—the current session is adopting half of all its condemnatory resolutions against one single state, Israel.”

“Sadly, the council remains selective and politicized, and is failing its founding mission to protect victims,” Neuer added. “The council’s new fact-finding mission on settlements is a fraud, with the guilty verdict dictated in advance, and is contained in an egregiously one-sided resolution that says nothing of officially-sanctioned Palestinian terrorism, rocket fire and incitement to hatred, anti-Semitism and genocide.”