ORLANDO – A witness we haven’t heard anything about from the leftist media a witness that  paints a much different picture than we’ve hear so far from the Leftist media reports of what happened the night 17-year-old Trayvon Martin was shot and killed. 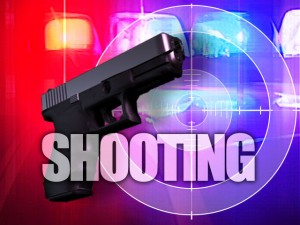 This is a prime example why a President should remain silent on a pending investigation until all the facts were know. Appears the racist Sharpton, Obama and the likes could not control throwing out the race card before the investigation was complete.

According to new reports from Fox News, the night of that shooting, police say there was a witness who saw it all.

What Sanford Police investigators have in the folder, they put together on the killing of Trayvon Martin the liberal media has refused to report about.

The file now sits in the hands of the state attorney. Now that file is just weeks away from being opened to a grand jury.

It shows  why police believed that night that George Zimmerman shouldn’t have gone to jail.

Zimmerman called 911 and told dispatchers he was following a teen. The dispatcher told Zimmerman not to.

And from that moment to the shooting, details told to us have been few.

One man’s testimony could be key for the police.

“The guy on the bottom who had a red sweater on was yelling to me: ‘help, help…and I told him to stop and I was calling 911,”  the witness told police.

Trayvon Martin was in a hoodie; Zimmerman was in red.

The witness only wanted to be identified as “John,” and didn’t not want to be shown on camera.

His statements to police were instrumental, because police backed up Zimmerman’s claims, saying those screams on the 911 call are those of Zimmerman, not of Martin.

“When I got upstairs and looked down, the guy who was on top beating up the other guy, was the one laying in the grass, and I believe he was dead at that point,” John said.

Zimmerman says the shooting was self defense. According to information released on the Sanford city website, Zimmerman said he was going back to his SUV when he was attacked by the teen.

Sanford police say Zimmerman was bloody in his face and head, and the back of his shirt was wet and had grass stains, indicating a struggle took place before the shooting.

In Case You Missed It:  READER ALERT: The Gateway Pundit’s Jim Hoft will Interview Robert Kennedy, Jr. Tuesday at 4:30 PM Central — YOU WON’T WANT TO MISS THIS!
Posted in Tyranny and tagged Obama, Racism.

NFIB’s Karen Harned on Obamacare at the Supreme Court

Shortly after President Obama signed the Patient Protection and Affordable Care Act into law two years ago, the National Federation...