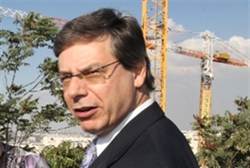 “Once again the Human Rights Council has proven that it is essentially a rubber stamp of the Palestinians and it has again been proven that the Palestinians do not seek an historical reconciliation or peace, but confrontation and struggle,” he said after the international body announced its newest investigation against Israel.

Ayalon added, “This is a continuation of the political incitement campaign that the Palestinians have been holding against us in recent months. As far as Israel is concerned, the U.N. committee has no effect – political nor moral – and therefore we will not allow them to work here.”

He said Sunday morning there is no point in cooperating with a Council that tries to cause damage to Israel, and he pointed out that the Human Rights Council includes several countries who lead the world in violating the rights of their citizens.

Prime Minister Binyamin Netanyahu stated, “Until today, the Council has made 91 decisions, 39 of which dealt with Israel, three with Syria and one with Iran. One only had to hear the Syrian representative speak today about human rights in order to understand how detached from reality the Council is. Another proof of its detachment from reality came last week when it invited before it a representative of Hamas, an organization whose ideology is based on the murder of innocents.”

More than a year after the report, Goldstone admitted that he later learned facts that supported Israeli statements that the Hamas terrorist organization used civilians as shields for their terrorist attacks against Israel.