A Palestinian Authority terror attack on Samaria Jews ended with a PA man’s injury on the Sabbath. The incident took place between the Jewish village of Givat Assaf and the PA town of Kfar Burqa, both in the Binyamin region. 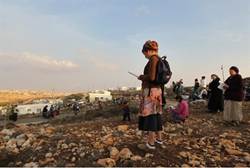 A group of Jews from Givat Assaf were walking in the hills near their town when they were attacked by PA Muslims from Burqa. The PA group lobbed heavy stones at the Jewish hikers.

One of the men from Givat Assaf responded by pulling out his gun and shooting an attacker. The man later told police that he had felt his life was in danger.

The PA man he hit was lightly wounded. He was treated in a PA hospital in Ramallah.

Police and IDF soldiers arrived at the scene and separated the two groups. The incident is under investigation.

Also on the Sabbath, IDF soldiers arrested a group of four PA Arabs near the Samaria town of Elon Moreh. The group had apparently planned a stabbing attack in the area targeting a soldier.

Soldiers at the Huwarra checkpoint in Samaria arrested a PA man who approached the checkpoint after finding a makeshift gun on his person.

Israel will bar entry of U.N. officials trying to investigate alleged effects of Jewish communities in Judea and Samaria on...