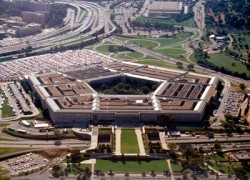 President Obama’s much-vaunted “Asia Pivot” provides a much-needed emphasis on a region that is critical to U.S. national interests. But the strategy is undercut by shortcomings in how—or whether—it will be implemented.

Last November, President Obama resolutely promised that the U.S. “will be strengthening our presence in the Asia Pacific, and budget reductions will not come at the expense of that critical region.” Secretary of Defense Leon Panetta pledged that the U.S. would “increase its institutional weight and focus on enhanced presence, power projection, and deterrence in the Asia–Pacific.”

Panetta claimed that cutting forces in Europe would “free up money so the United States could maintain or increase its forces in Asia.” But none of the forces removed from Europe or Afghanistan will be redeployed to Asia, raising doubts over promised increases. Units rotated through the region on training exercises provide only temporary augmentation. As a senior U.S. general commented, “To be in the game, you have to be on the court.”

The Washington Post reported that the Obama Administration is now considering “reviewing the size and distribution of its forces in northeast Asia, where they are concentrated on Cold War-era bases in Japan and South Korea. The intent is to gradually reduce the U.S. military presence in those countries while enhancing it in Southeast Asia” (emphasis added). To emphasize the point, a senior Australian official was quoted as stating, “In terms of your overall influence in the Asia–Pacific zone, the strategic weight is shifting south.”

Even hinting that the U.S. will remove forces from northeast Asia is particularly ill-advised now given increasing tensions on the Korean Peninsula. In defiance of U.N. resolutions, Pyongyang announced it would launch a missile in mid-April. The North Korean launch would also break Pyongyang’s February 29 bilateral agreement with the U.S. in which the regime pledged a “moratorium on nuclear tests and long-range missile launches.”

The last time North Korea did such a launch, the U.N. Security Council issued a condemnatory statement, which Pyongyang used as justification for conducting a nuclear test, which further escalated tensions and, in turn, triggered yet another U.N. resolution imposing additional sanctions. The following year, North Korea twice attacked South Korea, killing 50 citizens.

A repeat of that script may well play out again in 2012. Only this time, North Korea is ruled by a new, untested leader with a greater potential for miscalculation, and Seoul has vowed to retaliate far more extensively to another North Korean attack.

The collapse of the latest diplomatic effort to constrain North Korea’s multifaceted military threat to its neighbors led South Korean President Lee Myung-bak to renew his country’s request to Washington to be allowed to extend its ballistic missile range. Currently, South Korea is precluded by a bilateral agreement with the U.S. from developing any ballistic missile with a range greater than 300 kilometers (186 miles).

The only way for South Korea to reach North Korean targets in the rear areas—including some of Pyongyang’s 700 Scud missiles—with ballistic missiles would be to place them along the demilitarized zone, well within range of North Korea’s artillery. Washington refused Seoul’s request, however, fearing it could lead other nations to also seek to extend their missile ranges. Seoul’s voluntary self-restriction, of course, did not prevent North Korea from developing missiles that now threaten all of South Korea.

No Mr. Bond, I Expect You to Die

Like James Bond strapped on a table watching Goldfinger’s laser moving inexorably upward, massive budget cuts will have a similar painful impact on the U.S. military’s ability to carry out its missions.

Growing regional concerns arising from greater North Korean and Chinese assertiveness should be driving the Obama Administration to reassure allies by acceding to their security requests and augmenting rather than reducing capabilities in northeast Asia. The growing disparity between increasing Asian threats and dwindling defense resources should not be remedied by engaging in a regional shell game of U.S. forces.

Mitt Romney apparently believes that he has reaped a double bonus after a conversation between Barack Obama and outgoing Russian...