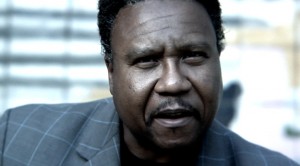 “His family should be outraged at the fact that they’re using this child as the bait to inflame racial passions,” Rev. C.L. Bryant said in a Monday interview with The Daily Caller.

The conservative black pastor who was once the chapter president of the Garland, Texas NAACP called Jackson and Sharpton “race hustlers” and said they are “acting as though they are buzzards circling the carcass of this young boy.”

George Zimmerman, a neighborhood watch captain, killed Martin, a 17-year-old black man who was unarmed at the time of his death, last month. Zimmerman has claimed to have shot Martin in self-defense and has not been charged with a crime.

But Bryant, who explores the topic of black-on-black crime in his new film “Runaway Slave,” said people like Jackson and Sharpton are being misleading to suggest there is an epidemic of “white men killing black young men.”

“Why not be angry about the wholesale murder that goes on in the streets of Newark and Chicago?” he asked. “Why isn’t somebody angry about that six-year-old girl who was killed on her steps last weekend in a cross fire when two gang members in Chicago start shooting at each other? Why is there no outrage about that?”

Bryant said he worries that “people like Sharpton and those on the left” will make Martin’s death a campaign issue in the presidential race.

He speculated that they will “turn this evolving tragedy of this young man into fodder to say… if you don’t re-elect Obama then you will have unbridled events or circumstances like this happening in the streets to young men wearing hoodies.” (RELATED: Herman Cain criticizes ‘swirling rhetoric’ after Martin shooting)

He also criticized President Obama for his “nebulous statement” responding to Martin’s death that “if I had a son, he’d look like Trayvon.”

“What does that mean?” Bryant asked. “What was the purpose in that?”

In Case You Missed It:  Homeless Man with 18 Prior Arrests Taken Into Custody For Choking, Raping and Robbing Female Jogger in New York City’s West Village
Posted in Tyranny and tagged Obama, Racism.

The Environmental Protection Agency (EPA) released a new rule to regulate CO2 emissions from power plants, which would effectively ban...