A frightening bill is on the table proposed by ultra leftist California Democrat Senator Barbara Boxer, her bill Senate Bill 1813 would allow for citizens to be locked in the United States much like what was seen with the Berlin wall, barbed wire was up and the citizens were locked in as prisoners to their own country. 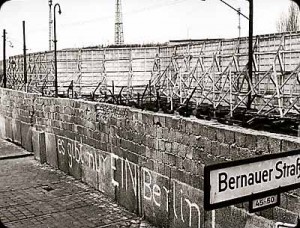 The verbiage unknown to most, is hidden inside a Federal-aid highway and highway safety bill that alleged it will create 3 million jobs, they are using that premise to get the bill passed.

Section 40304 of the legislation states that any individual who owes unpaid taxes may be subject to “action with respect to denial, revocation of their passport and effectually be locked inside the USA no different that what was seen in Berlin Wall or modern day Cuba.

Think this is a far off hoax bill, think again! The bill has already cleared the Senate on a 74 – 22 vote on March 14, SB 1813 is now headed for a vote in the House of Representatives.

It gets worse, the bill does not appear to have any specific language requiring a taxpayer to be charged with tax evasion or any other crime in order to have their passport revoked or limited, only that a notice of lien or levy has been filed, it is very ambiguous.

Boxer vowed last week to push House Republicans to pass the bill “Thousands of businesses are at stake, and eventually we are talking about nearly three million jobs at stake,” she said in a statement. “There are many people on both sides of the aisle in the Senate who want to get our bill, MAP-21, passed into law, and I am going to do everything I can to keep the pressure on the Republican House to do just that.”

In Case You Missed It:  More than three-quarters of covid deaths in Vermont are among the "fully vaccinated"
Posted in Freedoms and tagged Congress, Democrats, Freedom.

Index of Economic Freedom: A Must Read for Dr. Kim

Dr. Jim Yong Kim, the U.S. nominee for the next chief of the World Bank, has been on a “global...