Egypt is a signatory to the International Covenant on Civil and Political Rights. Article 18 states that:

1. Everyone shall have the right to hold opinions without interference.

2. Everyone shall have the right to freedom of expression; this right shall include freedom to seek, receive and impart information and ideas of all kinds, regardless of frontiers, either orally, in writing or in print, in the form of art, or through any other media of his choice. 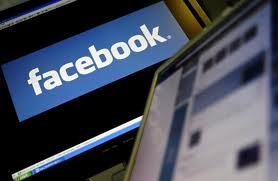 Yet this week, we learned that “An Egyptian court on Wednesday sentenced a 17-year-old Christian boy to three years in jail for publishing cartoons on his Facebook page that mocked Islam and the Prophet Mohammad, actions that sparked sectarian violence.” The Reuters report continued that “Assiut child’s court ordered the jailing of Gamal Abdou Massoud … for three years after he insulted Islam and published and distributed pictures that insulted Islam and its Prophet.”

When the cartoons first appeared in December, violence against Christians erupted: several houses were burned and several Christians were injured by Muslims. Here is one report:

Angry Muslims locked horns with Christians in the villages of Bahig and El-Adr, with both sides stoning each other. Meanwhile, some Bahig residents rallied in front of Abdullah’s school in the village. Security forces interfered to protect to him inside the school, eventually managing cool down tensions. In El-Adr, however, feelings were more heated. Hundreds of Muslims embarked on a march heading to the student’s house with the intention of lynching him. Security forces had to use tear gas to disperse the crowd. Meanwhile, Abdullah’s family fled from their home. Later on, it was reported that some angry Muslims attacked the house, trying to set it on fire and blow it up. In nearby El-Salam Village, three houses owned by Copts Christians were set ablaze by Muslims. The arson caused other buildings to catch fire also.

Now this 17-year-old Christian boy has received the maximum sentence for his “crime.” One wonders how many of those who tried to lynch him, committed arson, and stoned others have been sentenced to three years in prison. Egypt’s new government will have to decide whether freedom of religion will apply equally for Christians and Muslims, or “public order” and “public morals” arguments will be used to prevent the slightest comment on Islam other than praise. Today the prospects for full freedom of religion and of expression appear grim.

In Case You Missed It:  Left-wing abortion terrorists vow to target conservative Supreme Court justices who signed on to draft repeal of Roe v. Wade
Posted in Freedoms and tagged Egypt, Freedom, Muslims.

Brazil has achieved greater energy security thanks to its focused commitment to developing a competitive sugarcane industry and making ethanol...