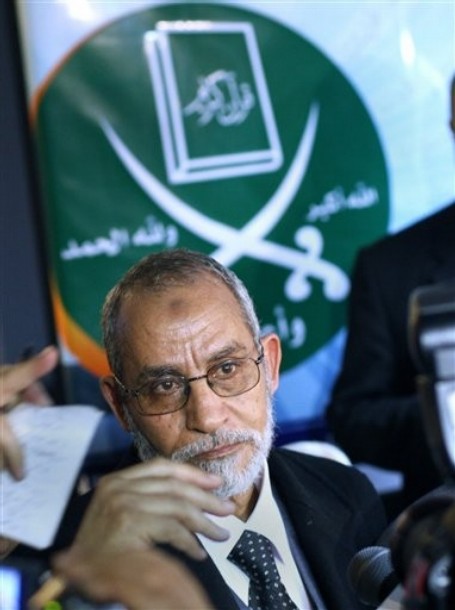 The other day was a turning point in American history.

There were no banner headlines to mark the occassion. Editorial pages hardly took notice. But a Rubicon has been passed. That moment occurred when President Obama welcomed the Egyptian Muslim Brotherhood into the White House. By rolling out the red carpet Obama legitimized this terrorist movement. The Muslim Brotherhood are a Jew-hating, genocidal-yearning Islamic movement whose platform calls for the imposition of Sharia across the globe.

And if you really care about a war on women, look no further than the barbarians of the Muslim Brotherhood.

Obama believes that he can tame the Brotherhood, but he is gravely mistaken. The Brotherhood is in the process of taming Obama—not that hard a task—and the West.

This is all so familiar. We have seen it before when the Roman empire succumbed to the barbarian hordes.

How did the barbarians overcome and eventually annihilate the Roman empire? We can learn from the past if we want to.

Rome was ravaged by intercine wars, runaway inflation and crushing taxes which decimated the middle class. The depopulation of the empire by dwindling numbers of Roman citizens due to a low birth rate was a major cause of downfall. Romans wanted to have a good time rather than do the hard work of raising children. And finally, the greatest body blow to Rome was, according to historian Eileen Power, the peaceful infiltration of barbarians into Roman society, a gradual process that altered and doomed that empire.

Like today’s Islamization of Europe, and now America—for Obama the Brotherhood are Jeremiah Wright redux—the slow annihilation of civilized society is misunderstood and misinterpreted.

All of them were making the same mistake. People thought that Rome could swallow barbarism and absorb it into her life without diluting her own civilization; the people who ran about busily saying that the barbarians were not such bad fellows after all, finding good points in their regime with which to castigate the Romans and crying that except ye become as little barbarians ye shall not attain salvation; the people who did not observe in 476 that one half of the Republica Roamnorum had ceased to exist and nourished themselves on the fiction that the barbarian kings were exercising a power delegated from the Emperor. All these people were deluded by the same error, the belief that Rome (the civilization of their age) was not a mere historical fact with a beginning and an end, but a condition of nature like the air they breathed and the earth they tread Ave Roma immortalis, most magnificent most disastrous of creeds!

A little over three years ago, President Barack Obama’s advisers released a chart that purported to predict the future. With...