A vaccine that can train cancer patients’ own bodies to seek out and destroy tumour cells has been developed by scientists.

The therapy, which targets a molecule found in 90 per cent of all cancers, could provide a universal injection that allows patients’ immune systems to fight off common cancers including breast and prostate cancer.

Preliminary results from early clinical trials have shown the vaccine can trigger an immune response in patients and reduce levels of disease.

The scientists behind the vaccine now hope to conduct larger trials in patients to prove it can be effective against a range of different cancers.

They believe it could be used to combat small tumours if they are detected early enough or to help prevent the return and spread of disease in patients who have undergone other forms of treatment such as surgery.

Cancer cells usually evade patient’s immune systems because they are not recognised as being a threat. While the immune system usually attacks foreign cells such as bacteria, tumours are formed of the patient’s own cells that have malfunctioned.

Scientists have, however, found that a molecule called MUC1, which is found in high amounts on the surface of cancer cells, can be used to help the immune system detect tumours.

The new vaccine, developed by drug company Vaxil Biotheraputics along with researchers at Tel Aviv University, uses a small section of the molecule to prime the immune system so that it can identify and destroy cancer cells.

A statement from Vaxil Biotheraputics said: “ImMucin generated a robust and specific immune response in all patients which was observed after only 2-4 doses of the vaccine out of a maximum of 12 doses.

“In some of the patients, preliminary signs of clinical efficacy were observed.”

The results are still to be formally published but if further trials prove to be successful the vaccine could be available within six years.

As a therapeutic vaccine it is designed to be given to patients who are already suffering from cancer to help their bodies fight off the disease rather than to prevent disease in the first place.

Cancer cells contain high levels of MUC1 as it is thought to be involved helping tumours grow. Healthy human cells also contain MUC1, but have levels that are too low to trigger the immune system after vaccination.

When a vaccinated patient’s immune system encounters cancer cells, however, the far larger concentration of MUC1 causes it to attack and kill the tumour.

As MUC1 is found in 90 per cent of all cancers, the researchers believe it could be used to combat the growth and spread of a wide range of cancers.

In a safety trial at the Hadassah Medical Centre in Jerusalem, ten patients suffering from multiple myeloma, a form of blood cancer, have now received the vaccine.

Seven of the patients have now finished the treatment and Vaxil reported that all of them had greater immunity against cancer cells compared to before they were given the vaccine.

The findings support research published in the journal Vaccine, which showed the treatment induced “potent” immunity in mice and increased their survival from cancer.

Cancer charities have given the vaccine a cautious welcome, but warned further testing was needed before it could be approved for widespread use.

There are currently a number of other therapeutic vaccines against cancer being tested, but they have met with limited success.

“These are very early results that are yet to be fully published, so there’s a lot more work to be done to prove that this particular vaccine is safe and effective in cancer patients.” 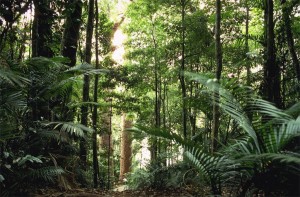 An australian native rainforrest plant, the blushwood tree has been in trials on animals to cure cancer. They are so confident from what they have seen they will be trialing the drug on humans within weeks. They extracted a compound called ebc-46 from the blushwood trees seeds.

A vet named Jane Miller was in charge of the trials from victoria. after injecting the ebc-46 into cats and dogs the cancerous tumors have srunken away or fallen off. She has also been useing a gell on cats with facial cancer with the same great results. professor nicolas wilken is looking forward to the start of human trials within weeks. Local farmers have already started planting the blushwood trees on the atherton tablelands where the trees are found in the wild in anticipation of harvesting the cure seeds.