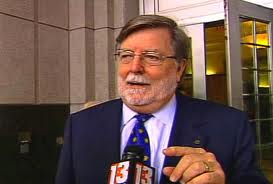 The charge leveled by prosecutor Angela Corey is too severe and reeks of political calculus, Mason said.

“It’s political prostitution,” Mason said. “Now I don’t have all the facts – no one does – but you look at what we know of the case and it looks like the prosecutor bowed to other pressures.

“The fact is there is lots of racial bigotry in this case,” Mason said. “And a lot of it is coming from the side of Trayvon Martin’s family. I can understand why his family is upset. They lost a child. But they weren’t at the crime scene. None of us was.”

Mason said Corey is too zealous of a prosecutor.

“This is a person who wanted to put a 12-year-old boy as an adult for murder. It’s just too much,” Mason said.

To prove Zimmerman was guilty of second-degree murder, Corey will have to show Zimmerman acted with a “depraved mind” when he shot Trayvon.

“The only evidence we have now is what Zimmerman says and what an eyewitness says – that Trayvon was beating him,” Mason said. “Well, if that’s the case, this shouldn’t reach a jury. There’s just no evidence showing he acted with a depraved min. If Zimmerman was being beaten, it’s clearly a homicide. He had a right to carry his weapon. He had a right to confront a person who was walking around in a hoodie in the rain around dark when there had been crimes in the neighborhood.”

Also, Coffey said, a jury could under some circumstances toss the second-degree murder charge and convict of a lesser charge, such as manslaughter.

But will it get to a jury?

Mason said there will be a hearing under Florida’s Stand Your Ground law – which expands the right to use deadly force — and the charges could be dropped then by a judge. But, Mason said, “people are using Stand Your Ground to obfuscate the facts of this case. This comes down to the fundamentals of homicide. What’s the evidence? The burden of proof is on the prosecution. It’s not on George Zimmerman. And you can’t blame Stand Your Ground for this tragedy.”

In Case You Missed It:  One out of every 800 people over 60 who gets vaccinated for covid DIES, says scientist
Posted in Freedoms and tagged Crime, Florida, Racism.

Test or No Test: Questions Remain

On April 10, The Heritage Foundation hosted an event titled “Comprehensive Test Ban Treaty: Questions and Challenges.” This event is...