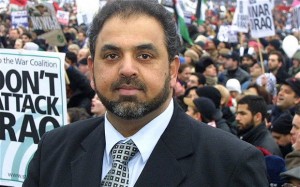 The Daily Mail has reported that a Muslim peer of the Labour Party has been suspended having allegedly claiming he would put up a £10million bounty for the capture of Barack Obama. According to Pakistan’s Express Tribune newspaper Lord Ahmed of Rotherham is reported to have made the remarks at a business reception in Haripur after the U.S. announced a $10million bounty for Hafiz Muhammed Saeed for orchestrating the 2008 Mumbai terror attacks. A former Pakistani foreign minister and a provincial education minister were said to have been present at the reception.

Saeed it must be remembered founded banned terrorist group Lashkar-e-Taiba (LeT) which along with other jihadis have ethnically cleansed the indigenous Hindu community of Pandits from their ancestral homeland of Kashmir. Lashkar-e-Taiba is also suspected of orchestrating the 2008 Mumbai attacks in which 166 people died as terrorists stormed hotels, the train station and a Jewish community centre as they chose specifically Hindu, Jewish and western targets. Documents found by US special forces at Osama bin Laden’s final hideaway in Abbottabad, 22 miles north of Haripur, last year apparently linked Saeed with the al-Qaeda leader. The evidence was said to have shown that bin Laden played a key role in planning the 2008 Mumbai attacks. 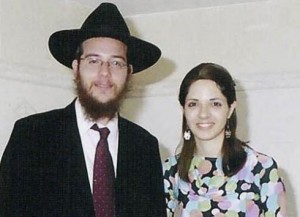 Ahmed is said to have described the bounty on Saeed as an “insult to all Muslims” and reportedly said Mr Obama had ‘challenged the dignity of the Muslim Ummah (community)’ with the bounty  also applying to Mr Obama’s predecessor as U.S. president, George W Bush.:

“I never said those words. I did not offer a bounty. I said that there have been war crimes committed in Iraq and Afghanistan and those people who have got strong allegations against them – George W Bush and Tony Blair – have been involved in illegal wars and should be brought to justice.”

Of course faced with these indefensible accusations Lord Ahmed denied offering a bounty but said he told the meeting that Mr Bush and ex-Labour prime minister Tony Blair should be prosecuted for war crimes. The British peer reportedly said:

Lord Ahmed reportedly said he would arrange the bounty at any cost, even if he had to sell his own personal assets including his house.

Patrick Mercer, Conservative MP for Newark and former chairman of the Commons counter-terrorism sub-committee, said: “This seems an extraordinary statement. I struggle to see how encouraging the detention of the President of the United States fits with membership of the Lords, one of our great parliamentary institutions. There is a major distinction between the President of a great democracy and a man who, although only a suspect, is wanted in connection to a terrible atrocity.”

This is not the first time that Ahmed has made such ridiculous and insulting comments. In a discussion some years back on BBC’s Hard Talk, he said that if India should demand the extradition of terrorists causing jihad in Kashmir then Pakistan had the right to extradite terrorists such as Advani and other democratically elected politicians from India. Due to the impotent and suffocating environment of political correctness he was never challenged on his obscene and obnoxious views which he elucidates with beaming smugness.

Lord Ahmed, who was born in Pakistan, became Baron Ahmed of Rotherham at the age of 40. In 2007 he was highly critical of the awarding of a knighthood to Salman Rushdie, claiming the author had “blood on his hands.” Yet he is the one with blood on his hands, quite literally. In 2009 he was jailed for dangerous driving after sending and receiving text messages minutes before being involved in a fatal motorway crash. The Court of Appeal later suspended his 12-week jail sentence. 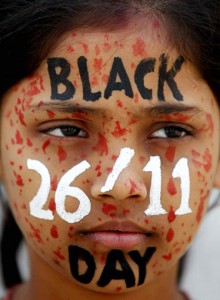 In Case You Missed It:  "MeLord is an Honourable Man"
Posted in Freedoms, Terrorism.

Crisis in U.S.–Pakistan Ties Subsides, but Disconnect on Terrorism Persists

Pakistan’s parliament Thursday approved recommendations of a parliamentary committee to reset the terms of U.S.–Pakistan relations, paving the way for...